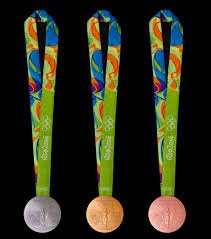 The department celebrates academic excellence with a number of annual awards for the top performing students in the fields of Immunology or Human Pathology. Each prize winner receives $500.

The Nairn Prize in Immunology, named after the Department's founding chairman, Professor Richard Nairn, is given to the top Immunology Honours student completing his or her project within Monash University.

The Mark Barnett Memorial award for Human Pathology is given to the top level 2 undergraduate Bachelor of Science (BSc) or Biomedical Science (BBiomedSc) student undertaking human pathology and named in memory of a dedicated pathology lecturer in the department, Dr Mark Barnett.

In 2010, the Jared Purton Prize in Immunology was established in memory of a talented former PhD graduate from the department who was tragically killed while completing his post-doctoral training overseas.  This award is offered to the top level 2 undergraduate Bachelor of Science (BSc) or Biomedical Science (BBiomedSc) student undertaking IMM2011 and IMM2022.

Heidi Fettke has subsequently enrolled in a PhD, researching biomarkers in metastatic castration-resistant prostate cancer under the supervision of Associate Professor Arun Azad, Department of Medicine, School of Clinical Sciences at Monash Health.

Jasper Cornish has subsequently enrolled in a PhD, on "The role of NFkB1 in follicular B cell homeostasis and function", supervised by Drs Raffi Gugasyan, Paul Ramsland of the Burnet Institute and George Grigoriadis of the School of Clinical Sciences.

Liriye Kurtovic has undertaken a PhD post her Honours year, on "The role of complement in antibody-mediated immune mechanisms against malaria", supervised by Prof James Beeson and Dr Freya Fowkes of the Burnet Institute.