Message from Head of School 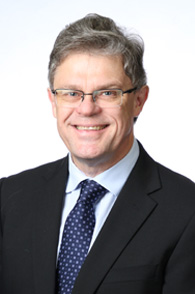 EHCS is one of the clinical schools of the Monash University Faculty of Medicine, Nursing and Health Sciences. EHCS also partners with Deakin University for medical student teaching. EHCS represents the universities’ presence in Eastern Health, a large and rapidly-growing area of urban and outer Melbourne. Eastern Health covers 2816 square kilometres in which well over 750,000 people live.

EHCS also includes the Eastern Clinical Research Unit (ECRU), a vigorous unit supporting clinical trials across a range of disciplines. Basic and translational research occurs at the Box Hill campus and there are strong links with collaborators across Melbourne as well as nationally and internationally. Many of our clinicians and researchers are recognised as international leaders in their fields. Eastern Health was recognised in 2018 by Times Higher Education as the top-ranked hospital in Australia for research (one of only two Australian hospitals listed), and number 36 in the world, based on field-weighted citation index for a substantial number of academic publications.

EHCS is committed to achieving the best outcomes for its undergraduate and postgraduate students; performing the best quality research; providing clinical leadership and excellence; and applying all of this in the community to improve health outcomes. It is a growing and vibrant School with rich opportunities through its university and Eastern Health links.