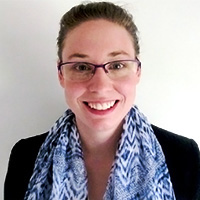 Dr Stephanie Simonds, a researcher at the Monash Biomedicine  Discovery Institute, has been awarded the  prestigious 2016 Premier’s Award for Health and Medical Research at a ceremony  at Government House.

Dr Simonds’ award recognizes her research  into how the brain regulates blood pressure and cardiovascular diseases in  obesity. Her research - published in two separate issues of one of  the world’s most prestigious science journals, Cell, including a first author  paper – she revealed the role of the hormone, leptin, in the development of  elevated blood pressure in obesity.

Dr Simonds’ research is aimed at unraveling  the role that leptin has in causing cardiovascular diseases. In people of  normal weight, when they have had enough food – their fat cells produce leptin,  triggering the brain to stop eating. However in people with  obesity, this  message is ignored, and large levels of leptin build up.

Working with Professor Michael Cowley, also from  the Monash Biomedicine Discovery Institute, Dr Simonds and her colleagues are working in animal models to isolate the area of the brain that increases blood  pressure when it is exposed to high leptin levels. It is hoped that developing  therapies  that could actively block high leptin levels in this brain region could  lower the cardiovascular disease risk associated with obesity.

Professor Christina Mitchell, Dean of the Faculty of Medicine, Nursing and Health Sciences at Monash University, said it was extremely satisfying to see Monash University’s early career researchers being recognised at such as high level as the Premier’s award.

“Victoria   has always been a leader in medical research and our research community   at Monash University has been part of that, thanks in part to the   support from the Victorian State Government. This award for Stephanie is   recognition of her extraordinary  achievements to date, which would be   impressive in a mid-career scientist let alone one on her first   post-doctoral fellowship,” Professor Mitchell said.

Committed to making the discoveries that will relieve the future burden  of disease, the newly established Monash  Biomedicine Discovery Institute at Monash University brings together more  than 100 internationally-renowned research teams. Our researchers are supported by world-class technology and infrastructure, and partner with industry, clinicians and researchers internationally to enhance lives through discovery.