Study of over 16,000 brain tumours shows no link with mobile phone usage

The Monash Centre for Occupational and Environmental Health’s Dr Geza Benke is a co-author on a major new study that may contribute to the resolution of the persistent public debate: do mobile phones cause brain tumours? With over 90% of Australians regularly using mobile phones, the result is relevant to millions of people.

Dr Benke and colleagues Professor Mark Elwood (University of Auckland) and Professor Rodney Croft (University of Wollongong) were approached by the government radiation safety watchdog, the Australian Radiation Protection and Nuclear Safety Agency (ARPANSA), to assist in the study analysis and interpretation of results.

The team had a perfect mix of experience for the job. Geza’s background is in physics, epidemiology and exposure assessment. He’s served as Monash University’s Radiation Protection Officer and has been involved in numerous brain tumour studies. Professor Mark Elwood has significant expertise in cancer epidemiology, and Professor Croft specialises in psychology and electromagnetic radiation studies. 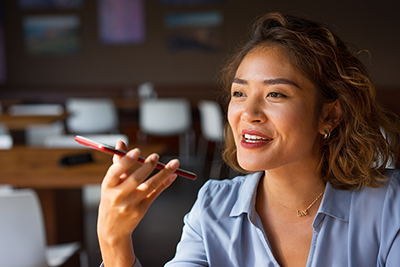 The team reviewed the database of 16,825 reported brain tumours incidence cases from 1982 up until 2013, and compared it with mobile subscription data. The results have been published in British Medical Journal Open and the researchers concluded that brain tumour incidence is not associated with mobile phone up-take.

Geza says “These findings are reassuring, and indicate that there is unlikely to be any major risk to brain tumour development from exposure to mobile phones.”

The team incorporated the best information available about mobile phone usage, and broke the cancer data down into 10-year timeframes. Geza says this allowed them to account for increases in brain tumour diagnoses that were probably driven by improved diagnostic technologies, rather than increased mobile phone exposure.

Australia’s national network of cancer registries formally merged in 1982, standardising cancer data records, and making it a natural starting point for the analysis. Prior to 1982, state-based cancer registries operated with different protocols and often did not share data. Diagnostic information from that period was more likely to be incomplete and unreliable for research.

From 1982 – 1992, and from 1992 – 2002, the team saw increases in brain tumour diagnoses, including the most aggressive form of tumour called glioblastoma. However, mobile phones were extremely rare in the earlier period, and huge progress leaps in the quality of MRI technology took place during both of those epochs. It is this improved ability to diagnose tumours that is likely to be fuelling these increases. In contrast, the most recent time period, 2003 – 2013, shows no overall increase in the rate of brain tumours. With high mobile phone usage since 2000, any link should have been noticeable.

They also looked at the types and severity (grade) of tumours diagnosed, and found no evidence of change. Lastly, they looked at the location of tumours. Given the effects of radiation are based on proximity to the source, tumours in the temporal lobe, on the side of the head, are the most likely to see an increase in frequency if there is a link with mobile phones. But temporal tumours did not increase in the last 10 years.

The study backs previous assessments from both ARPANSA and the World Health Organization, which state that mobile phone use is unlikely to have adverse health effects.