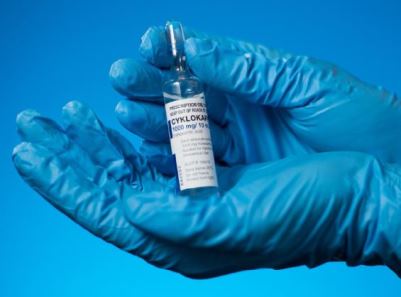 Professor Paul Myles, Director of the Department of Anaesthesia and Perioperative Medicine in Central Clinical School and at The Alfred, has been awarded a $5.19 million Clinical Trials and Cohort Studies (CTCS) grant from the National Health and Medical Research Council (NHMRC) to conduct an international trial of a medication that could prevent infections after surgery.

Wound infections after surgery are serious and can be life-threatening. They delay hospital discharge by days or weeks and add substantial costs to the healthcare system.

The trial will investigate tranexamic acid, a drug known to reduce bleeding in cardiac surgery. There is evidence that tranexamic acid (TXA) has immune-protective effects that could prevent infections in all types of surgery.

The five-year TRIGS Trial (Tranexamic acid to reduce infection after gastrointestinal surgery) will enrol 3,300 people having major abdominal surgery and look at outcomes including postoperative infections, the need for blood transfusion, and speed of recovery after surgery.

“This study could be a game-changer, where we’re investigating a new class of drug – not an antibiotic – that could reduce the risk of infections after surgery. Working with Professor Robert Medcalf’s lab, we plan to study how TXA enhances the underlying immune responses to surgery.”

The clinical trial builds on work that Professor Myles, an anaesthetist and researcher, has previously conducted into TXA. He and his team won the Australian Trial of the Year award in 2017 for their worldwide study exploring the risks associated with aspirin and TXA. Led by the Alfred Hospital and Monash University, the study showed that TXA can nearly halve the number of people who suffer complications with bleeding following open heart and other surgery.