Setting a career direction in Mildura

When she took the opportunity to do a year’s clinical training in Mildura as a student and played netball on the side, Dr Paige Thompson unknowingly set the direction for her life. 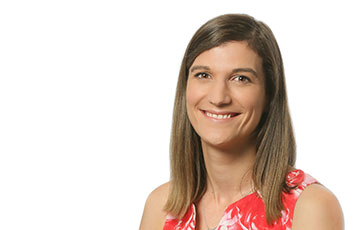 Now a GP in Mildura, Dr Thompson grew up on a farm in Millicent in South Australia. Thinking to follow in her mother’s footsteps, she did a work experience nursing placement in Year 10. “But probably my favourite part of the day was attending the doctors rounds,” she remembers. So she set her sights on studying medicine instead.

Having spent her whole life in the country, Dr Thompson heard the big city calling and moved into on-campus accommodation at Monash University in Clayton. But after two years she’d had enough of the city. When the chance to go regional for a year came up she took it. “I could either to to Bendigo or Mildura, but being a country girl, the most regional was most appealing.” It was the best year of her time at Monash.

“I think the breadth of experience you get as a student in the country is fantastic and I don’t think it compares to the city,” she remembers. And it wasn’t only the academic experience that stands out: she remembers fondly the support she received as a student from staff, some of whom like Jenny Timmis are still there. “At that time you’re still pretty young and it felt like I had a second mum and a second little support group here. I just loved my time here.”

Life as a student isn’t all study and Dr Thompson, who still enjoys playing sport as much as she can - took time out to play netball. It was here she met her future husband who played football for the same club. When she returned to Melbourne to complete the final two years of her course, she had more than one string tying her to Mildura. “Once the opportunity arose as an intern to come back to Mildura it was an obvious choice for me.”

One of the first things she did when she returned was to get in touch with the staff at the Mildura clinical school “just to say hello as much as anything”. From that first hello the relationship progressed into her delivering occasional lectures and helping out with OSCE [oral practical] exams and eventually into teaching one day a week, lecturing in general practice and supervising the Year 4 students.

Of a placement in the regions, Dr Thompson says everyone should try it. “Everyone will come for the [student] experience, but they’ll probably come back for the lifestyle. It’s just wonderful.”