Sex and ageing; it's complicated! 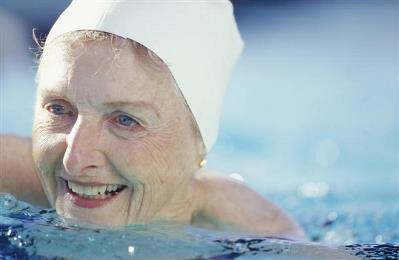 It's well known that women tend to live longer than men. But how does their sex affect the way women and men age?

Monash Alfred Psychiatry Research Centre (MAPrc) researchers were invited to review the evidence on this for a chapter in a recently published book about ageing produced by Advances in Experimental Medicine and Biology.

It was a challenge but one the team was happy to accept. “Anti-ageing is not normally the focus of our group – we’re not in the anti-ageing research realm,” Dr Natalie Thomas said.

“However, we’re very interested in women’s mental health, the effects of hormones, similarities and differences between males and females, and also looking at women over their lifespan, from childhood, adolescence to menopause where there are lots of hormonal changes. We thought this might be a really interesting perspective,” she said.

There is growing acknowledgment in scientific circles of the importance of sex differences in research; for example, it is National Institutes of Health policy that women are included all NIH-funded clinical research.

The MAPrc chapter, Sex Differences in Aging and Associated Biomarkers, looks at sex differences in key biological systems that are critical in maintaining stability, known as homeostatic systems. The immune, metabolic and hormone/endocrine systems are thought to be associated with the pathophysiology of ageing, and often proposed as biomarkers of ageing and age-related disease states.

“Although there’s no universally accepted biomarker for healthy ageing or accelerated ageing, a lot of research looks at how well we turn these systems on or off, as measures of ageing,” Dr Thomas said. “We looked at these biological systems, which all work together, and considered them in the context of sex differences and ageing,” she said.

The results of the review are complex. Ageing appears to be multi-factorial and characterised by the interplay of these homeostatic mechanisms driving the ageing process.

Researching the field is challenging, particularly early in the ageing process, the review finds.

“It appears that the capacity of each of these systems within the individual may reflect the differences we see in the ageing process; why some may seem to age far more quickly, whilst others appear to ‘age well’,” Dr Thomas said.

“The clear gender and sex differences in these systems may reflect the differences observed in life expectancy, with women living longer on average than men. This may also explain why the occurrence of age-related diseases such as Alzheimer’s disease is higher in women than in men, and why vaccines don’t work as well in in the elderly, and appear to work differently in men and women,” she said.

The chapter stresses that future studies into the ageing process specifically need to address sex-effects and differentiate the risk factors associated with this from potentially modifiable lifestyle and environmental risk factors.

“There are such dramatic changes in women’s hormonal systems, how does that not matter?” Dr Thomas said.

“I have been working for decades on biological sex effects in the brain impacting on mental health. This chapter highlights the importance of sex in the process of ageing and I hope that future clinical translational research will take gender/sex into account to improve outcomes for people with mental ill health,” Professor Kulkarni said.

It is crucial to advance therapeutic options that may include sex-based and hormone-based interventions, the chapter says.