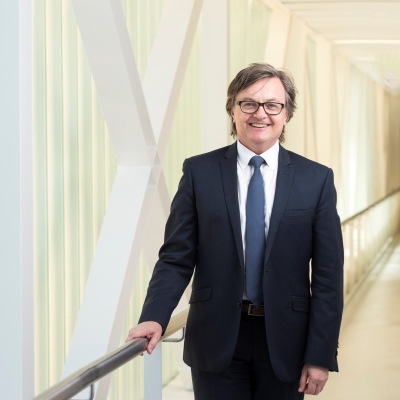 On November 13 in Atlanta, Georgia, Monash University Professor Eric Morand announced the results of a Phase 3 trial of a potential new drug that treats the autoimmune disease systemic lupus erythematosus (SLE, or lupus).

The trial results are the first real hope for a disease which affects 20,000 Australians, mostly women between the ages of 15 and 45 and for which, to date, there has been little treatment and no cure.

Lupus is an autoimmune disease in which the immune system attacks healthy parts of the body. It is particularly prevalent in Indigenous Australian, Asian and other non-European people, with a ten-year mortality of 10 percent, “which if you are diagnosed in your early twenties is not a great outcome,” according to Professor Morand, who oversaw the global trial in over 360 people with SLE.

Called the TULIP 2 trial, it evaluated AstraZeneca’s anifrolumab, achieving a statistically-significant and clinically-meaningful reduction in disease activity versus placebo, with both arms receiving standard of care.

Professor Morand has also been key in developing new lupus assessment criteria – which because the disease involves a number of organs in the body – can be difficult to both diagnose and monitor.

According to Professor Morand, there has only been one new treatment approved for the disease in the last 60 years, which is not available on the PBS in Australia.

Between 60 percent and 80 percent of adults with SLE show increased interferon-induced genes, which reflect overproduction of the immune protein Type 1 interferon. While previous attempts to block this protein in lupus have failed, the potential new treatment, anifrolumab, works by blocking the receptor on all cells in the body, aiming to reverse the triggering of lupus symptoms.

Professor Morand said that interferon is associated with other autoimmune diseases such as Scleroderma and Sjogren’s disease “so there may be potential for using anifrolumab in the treatment of other interferon related diseases as well.”

AstraZeneca will now work with regulators such as the Australian TGA, to bring anifrolumab to patients.