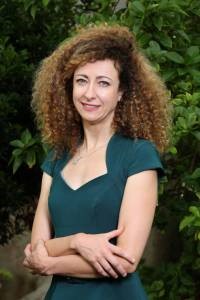 Our researchers and educators are top quality, and the ‘Congratulations’ section in our newsletter is regularly full with award winners, but this may well be a first… we have an International Emmy Award winner among us!

PhD candidate and Geriatrician Dr Stephanie Ward was one of a panel of experts in geriatric medicine who appeared on the ABC’s 2019 series Old People’s Home For 4 Year Olds. The ABC was the only Australian winner at the annual awards, which recognise outstanding screen content and storytellers from across 20 countries.

The series took home the Emmy for best Non-Scripted Entertainment for demonstrating the physical and mental benefits of bringing together the very young and very old. 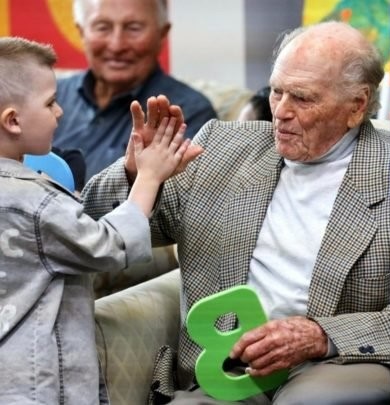 Shown over five weeks, the series followed an experimental intergenerational preschool in Narrabeen on Sydney’s northern beaches. Ten four-year olds joined 11 older adults in a combined retirement village/aged care facility for structured learning and play activities. Physical health and mood screens were conducted on the older participants at baseline and after the program, with marked improvements seen over time in many participants, and transformational change seen in some.

Stephanie was one of four experts advising on the program and appearing on screen throughout. She says, “One of the many lovely things that’s come out of this is seeing the degree of seriousness with which it’s being taken. Anthony Albanese revealed the Labor Party’s vision for aged care in February this year, and named the show as having inspired some of their policies and plans around intergenerational care.”

It’s also opened up related research opportunities for Stephanie, which she hopes will bring harder evidence to the concepts studied in the show. 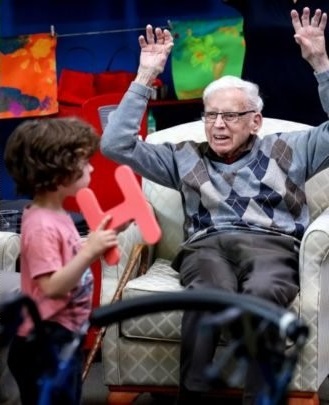 The Emmy adds to the show's existing haul of awards, including a 2019 AACTA for best factual/documentary, a gold medal at the 2020 New York Festivals TV and Film Awards for Best Social Issues Documentary, and a United Nations Global Communications Award for exemplifying the aims and ideas of the UN.

As for Stephanie, well, this just caps off an unusual year. “In my clinical position at a busy Sydney hospital, I lead the medical inreach service to local residential aged care facilities, so the pandemic completely derailed my study plans for this year. I’m really looking forward to returning my focus to my PhD next year.

“I can honestly say I thought at this stage in my career, I might have been closer to being awarded a PhD, but instead, it’s an Emmy.

If you missed it, the show is available to watch on ABC iView.