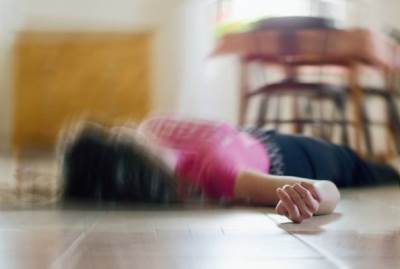 Monash researchers have discovered which gene is silenced in a fainting disorder affecting one in 100 teens and how to switch it on.

One in 100 teenagers, mainly girls, experience a syndrome that causes them to faint, have heart palpitations and severe fatigue, largely due to circulation and blood flow. Often remaining undiagnosed, there is no cure or treatment and little understanding of the disease.  Now Monash researchers may have uncovered the first potential therapy as well as a key understanding about how the syndrome operates.

Postural Orthostatic Tachycardia Syndrome (POTS) is a disorder persists into adulthood and is five times more prevalent in women than men. One quarter of sufferers are so disabled they cannot work, go to school or socialise. Despite being more common than Parkinson’s Disease or Multiple Sclerosis, the disease is largely unknown. POTS is characterised by difficulty in becoming upright, particularly when standing up from a lying-down position. A key challenge to POTS is understanding how important genes become silent and terminally switched-off.

Professor Sam El-Osta, from Monash University’s Central Clinical School, has just published data in the highly regarded American Heart Association Journal, Circulation Research, showing that an enzyme, called EZH2, is responsible for silencing a critical gene long known to be implicated in POTS. “We have known for some time that the norepinephrine transporter (NET) gene was linked to POTS, but we didn’t know how the gene was precisely silenced, now we know that – in POTS patients - this gene is switched off by this epigenetic enzyme,” he said.

According to Professor El-Osta, the data is “encouraging because there has been a paucity of new therapeutic approaches and our studies address an unmet need in POTS” because it is one of the few examples where a drug has been found to alter not only a gene but the way that the gene manifests itself, in this case with poor circulation and fainting. “The results have actually unlocked the NET gene which was previously thought as too difficult to restore in cells,” he said.

To date the only treatment available for patients with POTS is managing the symptoms – increasing fluid intake, avoiding prolonged standing, exercise, etc.

While clinical trials are some years off, Professor El-Osta said “this was a tremendous advance understanding genes implicated in POTS and this work will provide new therapeutic strategies and exciting possibilities to unlocking POTS genes.” This research will ultimately lead to greater understanding of the sex differences because of the high prevalence of POTS in females.