Long-lived plasma cells are key to an effective vaccine 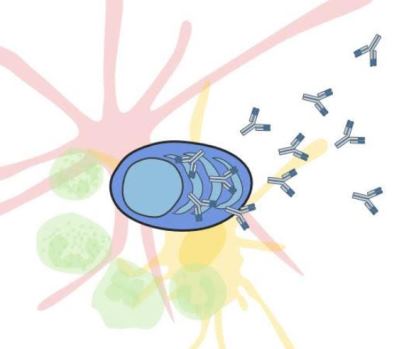 Long-lived plasma cells are needed for successful vaccines as they can produce anti-virus antibodies for decades. A study by Monash University immunologists is unpacking the factors contributing to plasma cell survival.

In their study, the researchers have looked at the role plasma cells and their longevity play in the effectiveness of vaccines in the body and suggest that the components promoting cell survival are the key to effective vaccine design.

In the wake of the COVID-19 outbreak, a lot of research is focused on developing a vaccine.  For a vaccine to be successful, it has to do two things. First, it must signal the body to generate a lot of plasma cells to make anti-virus antibodies. Second, these plasma cells have to live for years or even decades for the vaccination to work. However, the reality is that most of them only survive a few days.

“One of the difficulties in designing an effective vaccine is that it is unclear exactly what determines how long a single plasma cell will survive.  We only have a limited understanding of what might be special about those plasma cells that survive for the longer periods, and what it is in their development that tells them that they, specifically, should survive,” said Professor Tarlinton.

The paper takes a further conceptual step, and outlines there is probably competition between plasma cells for survival cues, such that there could be a 'survival of the fittest' orientated to long-term antibody-based immunity.

Monash University research fellow, Dr Marcus Robinson in Professor Tarlinton's lab, says the paper outlines a framework that can be used to determine the individual signals that lead to long-lived antibody responses by the plasma cells.

"It is exciting to know we are on the cusp of understanding what is a complicated sequence of events, and that this understanding might feed into vaccine design in the near future", he said.