Australians afflicted by rare diseases are at a significant disadvantage to those with more commonly seen conditions. A rare disease may be just as debilitating as a common disease, but due to its rarity, less is known about how to treat it. Doctors may a face a limited selection of drugs to choose from, and there may be less evidence around how to safely manage patients.

With this in mind, we’re extremely proud of two projects within the Australian and New Zealand Intensive Care Research Centre that have recently been awarded MRFF funding under the Rare Cancers, Rare Diseases & Unmet Needs umbrella: Bone Zone and ARISE:Fluids.

One of the less-understood risks of critical illness is bone fragility and fractures that can impair quality of life months or years after recovery. Critical illness is associated with accelerated bone turnover, reduced bone mineral density, and “fragility fractures”.

Every year 35,000 women aged 50-years or greater are admitted to an Australian Intensive Care Unit (ICU) for longer than 24 hours. Of these women, 80% have weakened bones within one year of recovery. This may be in the form of the well-known condition osteoporosis, or it’s lower-profile relative, osteopaenia. Six per cent of these women experience a fragility fracture, which is equivalent to over 2,000 fractures per year in Australia 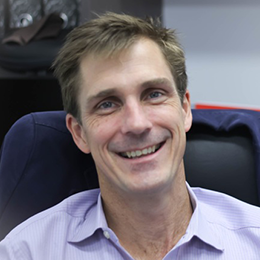 Geelong-based A/Professor Neil Orford recently received MRFF funding to test two drugs that may be effective in reducing these risks. Zoledronic acid and denosumab are able to slow or block bone loss, allowing the skeleton to make new bone faster than it is destroyed. The drugs are commonly prescribed to post-menopausal women in the community, but there is little or no evidence of their efficacy in the intensive care setting.

Named the Bone Zone trial, this phase III multi-centre randomized controlled trial will involve 450 women requiring intensive care for more than 24 hours, to establish the safety and efficacy of their use during critical illness. The researchers hope to begin enrolling patients in November 2020 from as many as 20 Australian ICUs that have expressed interest in being involved. Participants will have their bone density measured at time of discharge, and again 12 months later.

A/Professor Orford says, “Bone loss and fracture in women who survive critical illness appears to be under-recognised, under-treated, and important. We know fragility fractures create a burden of pain, loss of independence and confidence, and increased risk of dying. Interventions that improve ICU survivorship remain elusive.

“Testing the efficacy of zoledronic acid and denosumab provides a unique opportunity to use medications known to be effective in other settings, in critical illness. If effective, they could significantly improve survivorship for critically ill women, prevent fractures, and save the health system in excess of $40 million per year.

“The team of intensive care, osteoporosis, and public health researchers involved in this study are grateful for the opportunity provide by MRFF, and excited to contribute to women’s health”.

Septic shock is a devastating condition where the body over-reacts to an infection, causing an extreme inflammatory response that ravages organ systems and may end in death. Thankfully it’s quite rare, with fewer than 1 in 3,000 Australians affected each year. But survivors are usually left with long and complex recoveries, often characterised by significant time away from work, and health complications requiring rehospitalisation, such as organ dysfunction and limb amputation.

As with many medical conditions, Indigenous Australians are at higher risk, and experience septic shock at around four times the rate of the non-Indigenous population.

Treatment for septic shock usually involves the administration of large volumes of intravenous (IV) fluid, followed by medications to support extremely low blood pressure. However, there is conflicting evidence around the safety and efficacy of liberal use of fluids. Some trials indicate that large volumes of IV fluid may be beneficial, while others indicate a link with increased organ failure, longer stays in the intensive care unit and even increased mortality.

Prof Sandra Peake is an Adelaide-based researcher who will lead the ARISE:Fluids study to explore liberal vs restricted fluid management in septic shock patients. The research will see her reprise the work of the Australasian Resuscitation In Sepsis Evaluation (ARISE) team, an important project that culminated in 2014 with a publication in NEJM featuring findings that were adopted into international guidelines for treating sepsis.

The study aim is to determine if treatment with restricted IV fluids and earlier introduction of blood pressure medication, compared to usual-care IV fluid with later blood pressure medication increases the number of days alive and out of hospital at day 90 in patients with septic shock presenting to emergency departments in Australia and New Zealand. This metric of success was chosen in consultation with members of the community who have been affected by sepsis, to ensure that the research focussed on goals that were meaningful for those most impacted by this brutal medical event.