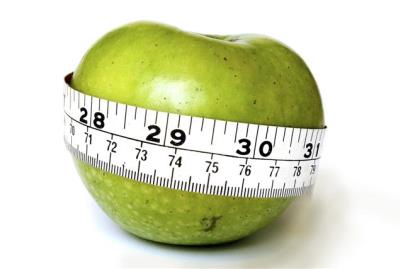 BMI (body mass index), a widely used measure of “healthy” weight and of obesity, has been the subject of controversy for some years, criticised as a flawed concept that doesn’t distinguish between weight from body fat and weight from muscle or bone, among other matters.

The concept was put to the test – and found inferior – as part of a major clinical study of almost 3000 people led by Central Clinical School’s Professor Paul Myles. Professor Myles is the Director of the Department of Anaesthesiology and Perioperative Medicine, The Alfred and Monash University.

The ‘RELIEF randomized clinical trial’ took place at 47 centres in seven countries between October 2013 and September 2016, with 90-day and one-year follow-ups. “Attached to the study was long-term disability-free survival, which no one had done before,” Professor Myles said.

A paper published in JAMA Network Open reported on a secondary analysis from the study that compared the value of waist circumference with the value of waist-to-hip ratio (WHR) and BMI in predicting adverse outcomes following major abdominal surgery. These included major septic complications and persistent disability.

The study found that waist circumference was a better predictor than BMI (and WHR) of 30-day major septic complications alone or in conjunction with death following elective major abdominal surgery.

“We already knew that obesity was a major risk factor in surgery, with particularly abdominal surgery,” Professor Myles said. “But obesity is not as simple as it seems – although everyone measures it in a very simple way using BMI,” he said.

BMI is based on a table in which weight (body mass) is divided by the square of the body height. It was coined as a term in 1972 although its basis dates back to a theory developed by Belgian scientist Adolphe Quetelet between 1830 and 1850. It fails to take into account other factors in weight distribution including ethnic background and whether or not the individual is an elite athlete such as a well-muscled rugby player.

In Australia, a BMI of less than 18.5 is underweight while one of 30 and over is obese. Obese people have a significantly higher risk of developing various diseases including diabetes and cancers including colorectal, breast (post-menopause), liver and kidney cancers.

The problem with BMI is that it overlooks the distribution of weight and whether the individual has a ‘pear-shaped’ or an ‘apple-shaped’ distribution, Professor Myles said.

“In the general community and in the medical settings we know that the apple belly is a real risk factor. We wanted to know if waist circumference, which is better at picking up apple belly, is a more precise measure of risk after surgery, particularly abdominal surgery.”

These risks include thromboembolism (blood clots), chest infections, infection from wounds that spread from the site of surgery, and sepsis, which can lead to multi-organ failure. Obese people are more likely to spend more time in hospital after surgery, to need to go to intensive care and be re-admitted after discharge.

“We found if you want to measure obesity risk in surgery, you’re better off measuring waist circumference because it’s more precise and more reliable. This was consistent with what we knew but, importantly, we confirmed it in a robust way.”