Building a detailed picture of Friedreich Ataxia through global collaboration 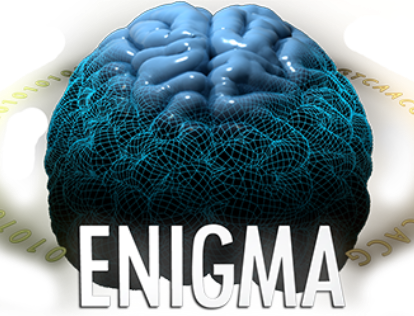 A Friedreich ataxia consortium led by Dr Ian Harding has published a study providing clear evidence that neurodegeneration starts in a relatively specific area of the brain, and spreads slowly over time.

Friedreich Ataxia (FRDA) is a rare inherited disease affecting between 500-800 Australians. It is a neurological disorder causing damage in areas of the nervous system responsible for movement and sensation. It shows initially with abnormal, uncoordinated movements, and over time as the disease progresses, a whole constellation of problems emerges.

Early diagnosis can help with managing the symptoms, allowing improved quality of life for people with the illness, but there is no cure.

Dr Ian Harding leads a global consortium, the ENIGMA-Ataxia working group, which is devoted to collecting magnetic resonance imaging (MRI) data from people with FRDA. He said that because FRDA is a rare disease, it is difficult to perform detailed research at individual centres. “But by pooling data from around the world, we have gone from studies in 20-25 patients, to studies in 200-250.”

The group is aiming, in the first instance, to identify reliable and sensitive biomarkers of disease expression and progression using brain imaging. “Good biomarkers can give us a window into how a patient is doing on a biological level, which can often be more informative for treatment development than changes in symptoms or behaviour.

“Brain imaging with MRI lets us map the spatial profile of brain changes over time to see what parts are affected and how the disease evolves. Detailed profiling of anatomical changes in large patient groups will also allow us to build a picture of different patient groups, for example, people with less severe vs more severe symptoms, or childhood-onset vs. adult-onset of FRDA.”

The group's current MRI study provides clear evidence that neurodegeneration starts in a relatively specific area of the brain, and spreads slowly over time.

Dr Harding said, “We were able to see changes in volume from the very earliest stages of disease in the cerebellum and brainstem, areas typically responsible for controlling movement and carrying signals to and from the spinal cord. Over time, neurodegeneration spread to involve the connections between the cerebellum and other ‘higher-level’ brain regions in the cerebral cortex, before also impacting the cortex itself in late disease stages.”

Further analysis showed a correlation between the magnitude of reduced brain volume and the age at which a patient first experiences symptoms. Basically, people with childhood or adolescent symptom onset had a pattern of more widespread and more severe neurodegeneration than people who were first affected in adulthood.

Dr Harding said, “This mapping of structural changes is fundamental for us to identify the patterns of disease progression, and how those patterns would typically differ between patients. By bringing the global research community together, this collaborative work has allowed us to clearly redefine FRDA as an evolving disease that likely affects different brain areas at different disease stages.

“Our next steps will be to track disease progression at the individual level and to use other MRI data to look at additional aspects of brain structure and function. That’s where a longitudinal study in a large multi-site patient cohort comes in. We will be able to obtain much more information about both disease progression and more widespread and subtle neuroanatomical changes, uncovering the most promising disease biomarkers in order to improve clinical trial design and patient monitoring.”

The ENIGMA-Ataxia consortium currently has 22 sites around the world investigating inherited ataxias, 10 of which have participated in this recent study of FRDA.

“We established the consortium, with Monash University as the lead site, back in 2018, and then successfully received National Health and Medical Research Council funding across 2020-2023 to develop it further. This consortium platform has allowed us to substantially grow our capacity for research in FRDA and other rare inherited ataxias.

“FRDA researchers and clinicians are incredibly collaborative and collegial. We are a small community who all want to help FRDA patients, and know that the best way of doing that is through building our knowledge base with each others’ help.”