Lessons Around my Teachers and Mentors

Read this reflection written by MNHS alumnus Professor Samuel Menahem, acknowledging the valuable and enduring contribution and impact of teachers and mentors (including Monash’s Foundation Professor of Paediatrics), and explaining how these people informed and influenced his own medical career.

“Lessons Around my Teachers and Mentors”

How does one apportion the contribution of those that help mould your professional development and subsequent practice? We all have benefited from the many teachers, mentors and role models dating back to childhood, school, university and postgraduate training as we evolve from student to clinician, ultimately joining the ranks of our proud profession whether as a general practitioner or specialist – in my case that of paediatrics. It may nevertheless still be reasonable to focus on one or more individuals who have been especially meaningful in our development and who have had an ongoing impact on our professional life.

At a personal level three come to mind – Professor Vernon L Collins, the Foundation Professor of Paediatrics at the University of Melbourne, Dr Alexander W Venables, the first Director of Cardiology at the Royal Children’s Hospital (RCH) Melbourne, and Professor Arthur L Clark, the Foundation Professor of Paediatrics at Monash University. How does one weigh their contribution and influence to do justice to them, while at the same time recognizing others who may also have made important contributions? 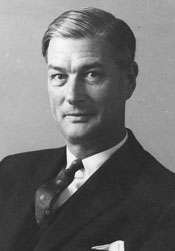 Professor Collins helped shape the development of many young graduates who then went on to train as paediatricians, attracted to the specialty by his association with them. His dignified, concerned and caring manner provided an important role model to emulate. In the then environment where clinical teaching focused on the medical (somatic) aspects of diagnosis and management, Professor Collins was one of the first to emphasize the importance of understanding child development with all its implications. He emphasized the relevance of the child within the context of the family as well as highlighting the important role of the mother. How did he influence my development?

Professor Collins encouraged an open and enquiring mind to explore these important psychosocial issues, still a gap in my then knowledge and experience. To address these gaps I sought out additional lectures, courses, workshops etc. which further explored these issues – self-directed lifelong learning, the quintessential goal of medical education. Clinical experience was achieved by attending the Department of Psychiatry at the RCH with appropriate supervision. That experience was further enhanced by undertaking training as a child and adolescent psychotherapist over the next several years again with appropriate supervision. The aims were to better communicate with the child or adolescent and to acquire a greater understanding of family dynamics. The experience and the insights gained by this long term supervision translated to my daily clinical work, as I evolved into a psychologically orientated paediatrician and subsequently to a psychologically orientated cardiologist, as documented in multiple publications.

Initially working in an ambulatory setting I struggled in managing the so-called crying or “colicky” baby. I questioned the then construct of it being caused by abdominal “colic” best treated with Atropine and Phenobarbitone. My first paper on the subject was dedicated to Professor Collins who introduced me to the concept of an active alert baby who was more likely to cry, in contrast to a quiet placid infant who rarely cried. I also began to explore the role of the consultant paediatrician, the ongoing care needed by those with chronic illness, and made additional observations on such important issues as recognizing the non-presenting problem in clinical practice, seeking out the hidden agenda or second diagnosis which needed to be addressed to improve outcomes, while trying to understand why some parents remain non-compliant despite being offered good advice and sound recommendations.

Professor Collins’ relationship with his students was unique. That was epitomized by him addressing each by his or her name on his very first contact with them. That caring approach has permeated my own dealings with students, whether teaching at the bedside, mentoring, or undertaking supervision of their research endeavours. Such a commitment to students and post-graduate trainees remains only second to the commitment to one’s patients. 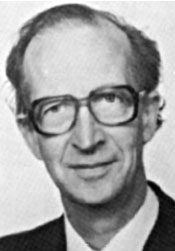 Dr Venables was an astute clinician. He maintained his general paediatric skills while pioneering paediatric cardiology in Australia and establishing the Paediatric Cardiology Department at the RCH. He was selective as to whom he would train and demanded and expected the highest standards which at times extended beyond his fellows to colleagues. From Dr Venables one learnt the importance of developing an honest awareness of what one knew together with what one still needed to know. That again fostered a lifelong learning imperative to acquire new knowledge and skills in an ever-changing and evolving subspecialty of paediatric cardiology, one of medicine’s success stories. The role model he displayed helped ensure the highest clinical standards which extended to any academic endeavours pursued, as was reflected in the multiple revisions undertaken before submitting papers arising from my MD thesis. The latter approach has persisted to this day.

The exposure to an apprentice-type teaching experience that Dr Venables provided has extended to my dealings with students, trainees and even colleagues, being mindful as each struggles with new knowledge and skills. Like him I maintained my general paediatric skills so as to achieve a better understanding of each patient seen, though seeking help from others for issues beyond my expertise or their cardiac problem. Dr Venables considered that much of what was published in cardiology related more to an audit of the ever-changing current practice. He respected and applauded the few who made significant contributions towards the understanding of a subspecialty which still carries a significant morbidity and appreciable mortality.

Meticulous with his clinical signs and the physiological data he acquired as a master in cardiac catheterization, Dr Venables also recognized the importance of the psychosocial issues affecting his patients. He ensured that every child admitted into his Department was seen by the Senior Medical Social Worker attached to it. At the RCH Centenary Scientific Meeting in 1970 she reported that almost a third of the parents she interviewed separated after having an infant or child with a serious heart abnormality. That experience together with my background in paediatrics influenced my subsequent direction to further explore the psychosocial and ethical issues related to congenital heart disease which formed the basis of my Higher Doctorate. The multidisciplinary studies that were developed allowed for an ongoing appreciation of the important contributions to these issues by the allied professionals involved, issues that have become increasingly important following the substantial improvement in clinical outcomes arising from significant advances in medical and surgical interventions. 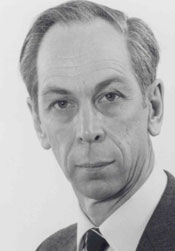 Professor Clark had the important task of setting up a second academic unit of Paediatrics at Monash University while being cognisant of the reputation of the well-established and internationally recognized RCH. In addition to that almost overwhelming task, he had to ensure that the clinical service provided was of a comparable standard. In his wisdom he concentrated on developing the neonatal services as they were complementary to the obstetric services already provided at the then Queen Victoria Hospital and its subsequent relocation to the Monash Medical Centre. He also appreciated the continued importance of the general paediatricians in a setting of increasing sub-specialization, recognizing that most referrals to the subspecialties arose from them in their day-to-day care of infants, children and adolescents. The sterling research output from the newborn services prevails to this day, with spin offs into basic research and related fields.

Professor Clark with his all-embracing, polite and understanding approach, was able to create an inclusive and co-operative environment in which to work. In addition to his area of specialization in paediatric haematology and oncology, he too adopted a holistic approach to patient care, further reinforcing the influence of my earlier examples and which continue to guide my own practice. He had a way of getting the most out of those working with him, being generous in his praise of any achievements made. He fostered close co-operation between the various members of his staff, which has resonated in my own dealings with junior and senior colleagues. That experience has also resulted in me working closely with others from multiple subspecialties, in addition to continuing to engage with allied professionals in ongoing studies, learning from them and reflected in multiple publications. Prof Clark’s quiet and unassuming manner whether towards students, junior staff or senior colleagues has continued to have a profound influence on my own clinical practice and professional dealings. Despite his retirement, he has continued as a mentor to me and others and provides a role model for all to emulate. To quote the late Rabbi Lord Jonathan Sacks, “Good leaders create followers. Great leaders create leaders.”

Some may consider that writing this tribute may be an indulgence. For those still navigating through the early stages of their professional career, acquiring the skills as a generalist or consultant, and for those who have been in practice for some time, the opportunities in medicine and in my own discipline of paediatrics are immense and all engaging. The directions one can take are varied and exciting, each potentially able to enrich one’s professional life and counter against the not infrequent “burnout” seen at times among our peers. It may be helpful to reflect on one’s own past experiences and the influence it has on one’s development to-date. Professor Collins emphasized the importance of understanding children in the context of their families. That in turn encouraged acquiring an increasing self-awareness to achieve the best therapeutic outcomes. Dr Venables demonstrated the need for rigor and competence in one’s field of sub-specialization, fostering a lifelong pursuit to acquire new knowledge and skills. “Remember your failures and not your successes” if you wish to improve your performance – counselled a famed cardiac surgeon. Professor Clark’s cooperative approach and respect for his colleagues helped achieve the best from each while at the same time focusing on the needs of the child patient.

The importance of supporting, mentoring and being mindful of the difficulties experienced by one’s students and young graduates remains paramount. That virtue was emphasized by all three of my teachers and mentors highlighted. To again quote Rabbi Sacks, “The good we do lives on in others and it is one of the most important things it does”.