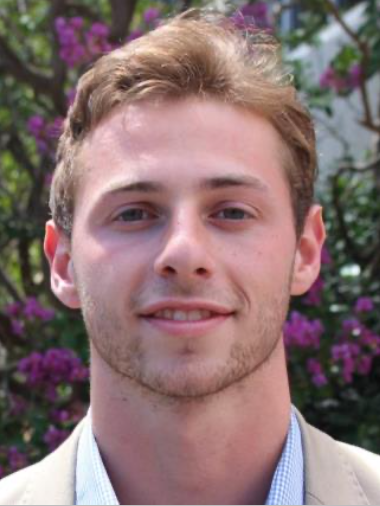 Congratulations to Monash medical alumnus, Dr Jesse Schnall, who is among the eighteen recipients of the 2022 General Sir John Monash Scholarships.

The General Sir John Monash Scholarships are awarded to applicants who have demonstrated excellence in their field, leadership ability and a vision to deliver a positive impact for the benefit of Australia.

Jesse, the Roth/Segal John Monash Harvard Scholar, is a medical doctor from Melbourne who graduated with a Bachelor of Medicine and Bachelor of Surgery (Honours) from Monash University in 2019. His interests are in bioethics, health policy and the overlap of mental health and public health.

During his medical studies, he worked in health data analytics with Quantium Health Outcomes, interned at the World Health Organization Office at the United Nations, and studied moral and political philosophy as a visiting student and researcher at the University of Oxford. He has authored over 20 articles across peer-reviewed academic journals, think-tanks and mainstream media.

More recently, Jesse has advocated for greater research into novel therapeutics for mental illness as a young leader with Mind Medicine Australia, and the co-author of a major international policy report on psychedelic-assisted psychotherapy.

Jesse hopes to use his John Monash Scholarship to undertake a Master of Public Health at Harvard University, with a specific focus on mental health policy reform. He is equally passionate about mentorship, having led Monash University’s official academic mentorship program for medical students, and volunteered as a mentor and tutor with Stand Up.

“I’m extremely humbled to be included alongside such an amazing group of young Australians, and am grateful to those at Monash who have been so generous with their support and guidance along the way. I hope to use this scholarship to enhance my ability to understand and implement compassionate and effective public health policy that will benefit Australians.”

In his spare time, Jesse enjoys photography and philosophy, and is currently completing a Master of Bioethics at Monash University.

Now in its 20th year, the General Sir John Monash Foundation has given unrivaled academic opportunities to some of the best and brightest young minds in Australia. The Foundation has already offered 233 scholarships since it began awarding them in 2003.

General Sir John Monash was a civil engineer and an Australian military commander of the first World War. He is remembered as one of the best Allied generals of the Great War and perhaps Australia’s most famous military commander. He was also a leader outside of his military career through his many contributions to civilian life; such as being a founding member of the first Rotary Club of Australia, advocate for the Melbourne Shrine of Remembrance, principal organiser of annual observance of ANZAC day, first chairman of the State Electricity Commission of Victoria and Vice-Chancellor of the University of Melbourne. Notably, Monash University has been named after him.