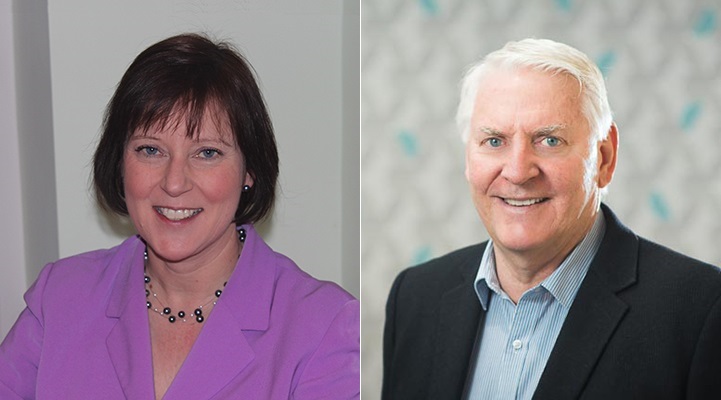 Professor Karen Walker-Bone is announced as the new Director of MonCOEH, successor to Emeritus Professor Malcolm Sim AM.

We’re extremely happy to announce a successor to Professor Malcolm Sim AM, who retired recently from his role as Head of the Monash Centre for Occupational and Environmental Health. The role will be filled by British academic Professor Karen Walker-Bone, who will be relocating from the United Kingdom in the second half of this year.

Malcolm has been appointed as an Emeritus Professor and will continue some involvement in MonCOEH activities. He says, "I am delighted with Karen's appointment and that someone with such high academic and professional standing will be leading MonCOEH into the next phase of its development."

Professor Walker-Bone is a Medical Consultant specialising in Occupational Rheumatology. She has undertaken a PhD, during which she won two British Young Investigator Awards and a farm safety award from the US Agricultural Safety and Health Council of America. Last year, she was nominated as one of twelve “women in science” to be celebrated at a reception hosted by HRH Duchess of Cornwall at Clarence House.

Karen is no stranger to education, having joined the Brighton & Sussex Medical School just before it officially opened in 2003 where she helped to develop and implement their curriculum for their inaugural student cohort. She continued to teach and hold leadership positions at the School until she decided to pursue her research ambitions back in Southampton in 2013.

Whilst teaching in Brighton, she established a specialist rheumatology clinic for HIV-infected patients, to assess and manage the joint and bone manifestations of the chronic infection. In total, she saw more than 400 referrals, and this clinic sparked a number of epidemiological studies, which showed for example, the risk factors for gout and elective hip surgery among HIV-infected patients. Together with the HIV Consultants in Brighton, a cohort of 400 HIV-infected men was incepted into a longitudinal study of bone health. Upon returning to her native Southampton in 2013, the clinic re-located to the Royal South Hants Hospital, Southampton.

Most recently, Karen has served as Director of the National Centre of Excellence for Musculoskeletal Health and Work. This is a multidisciplinary research collaboration, funded by Versus Arthritis (formerly Arthritis Research UK) and the Medical Research Council. The Centre’s overarching aim is to identify cost-effective ways to minimise the substantial adverse impacts of musculoskeletal disorders in the workplace. The Centre’s work has been focussed around three themes, encompassing occupational musculoskeletal health in the contexts of the general population, healthcare providers and patients with musculoskeletal diseases, and employers and workers.

Karen has experience both in applying research and influencing policy. She has sat for eight years on the Industrial Injuries Advisory Council and its Research Working Group and has twice given oral evidence to the UK House of Common Select Committee for Work and Pensions.

Karen will migrate with her husband, who has recently retired from his academic role as Professor of Cell and Molecular Biology specialising in type 1 diabetes. They are looking forward to being able to spend some time with their son, who is completing the third year of his degree at the University of Newcastle in New South Wales. Karen has never been to Melbourne but, as a keen tennis player and sports follower, cannot wait to see an Ashes test at the MCG and live tennis at the Australian Open at Melbourne Park. Her other main hobby is photography and another attraction is to explore Victoria and the wider country with camera in hand.

Karen said “Throughout my career, Monash has been THE leading worldwide University in both my fields of interest (Rheumatology and health and work). It is a dream come true to be able to join MonCOEH and work with such world-renowned colleagues on their extremely important occupational cohort studies.

“I am also aware of the responsibility the Centre has to provide excellent and relevant courses on occupational and environmental health to as wide a constituency as possible and am looking forward to working with colleagues to maximise the popularity and quality of the courses that we offer to keep Monash leading the world in this field.”