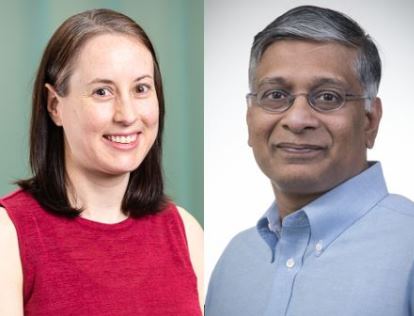 A mini-review authored by Dr Bridgette Semple, Department of Neuroscience, Monash University and Professor Ramesh Raghupathi, Department of Neurobiology and Anatomy, College of Medicine, Drexel University, has pulled together the limited, but emerging pre-clinical studies which show that there are promising benefits on social functioning following a traumatic brain injury (TBI) in early childhood.

The mini-review features as part of a research topic focused on the Long-Term Consequences of Pediatric Traumatic Brain Injury in the peer-reviewed journal Frontiers in Neurology (Neurotrauma), also edited by Dr Semple, Professor Raghupathi and Dr Jimmy Huh.

Social behaviour outcomes, an indication of social functioning, are used to assess persisting or lasting social deficits that arise as a result of TBI. Social functioning involves many different components that provide a person with the ability to appropriately take in social information from their environment or surroundings and use this to interact and communicate with others to contribute to daily living, the community and wider society. However, damaging this functioning, as happens following a TBI, has a huge impact on those affected.

This is particularly challenging for young children whose brains are still undergoing development and the maturation process. This developmental setting creates considerable setbacks and disability that worsen children’s quality of life and their maturation into adolescence and adulthood. Young children may in fact fare worse following TBI compared to older children or adults, having a significant propensity for social behavioural deficits. Adding further complexity to the development of potential treatment strategies is the diverse range of the severity and nature of social deficits.

The mainstay of treatment at present focuses on rehabilitative care to manage the cognitive and functional issues following paediatric traumatic brain injury. Studies that investigate drug therapies to treat social deficits are scarce but are promising in their effectiveness and being added as a complement to rehabilitation.

TBI is the leading cause of mortality and morbidity in young children in developed countries, particularly those under the age of five. Most injuries are due to the child falling over, with motor vehicle accidents and “non-accidental injury” (also known as “shaken baby syndrome”) among other causes.

“These outcomes can develop many years after the injury, the results of progressive damage that’s happening over time. We think that inflammation is one of several processes that contributes to that progressive damage”

TBI in children is now treated in essentially the same way as adults, through medical management to try and prevent excessive swelling in the brain. However, research into TBI aimed at improving treatment was mostly focussed on adults, Dr Semple said. “We’re really just starting to understand that that may not always be applicable to the developing brain.”

Dr Semple and Professor Raghupathi drew together the emerging literature on how social behaviour after early life brain trauma can be manipulated in experimental models in their mini-review. "We hope that we can encourage further research in the field to drive and accelerate clinical translation."

Earlier this year, Dr Semple published results of a study that showed preventive treatment with a novel compound, LM22-A, was able to protect the brain from degeneration after an early-life brain injury (blog story).

Recent research from Professor Raghupathi's laboratory using targeted intranasal oxytocin treatment reduced and improved problems in social interactions after a rat model of paediatric TBI. "The significance of these observations lies in the fact that we were able to regulate the activity of the brain regions that control social behaviour using oxytocin, akin to what has been demonstrated in Autism Spectrum Disorders," said Professor Raghupathi.

Paediatric rodent models of TBI have been shown to result in similar neurobehavioural consequences to those seen in young patients after a TBI. "My group, and the Raghupathi lab, have independently conducted much of the foundational work in this field, demonstrating that experimental models of paediatric brain trauma recapitulate social behaviour problems that are commonly seen after brain injury in young children," Dr Semple said. Professor Raghupathi agreed.

"It is exciting that the social behaviour deficits can be observed in multiple species and in different models of paediatric TBI. This sets up the groundwork for truly translational research."

The review marks a new collaborative partnership between Professor Raghupathi and Dr Bridgette Semple, as they collectively seek funding to work together in the near future. Professor Raghupathi will be an international guest speaker in the Department of Neuroscience’s Translational Seminar Series, later this year on Monday 6 December, 12:30 - 1:30pm - save the date!