Smoke and mirrors: disentangling the health impacts from bushfire smoke and general pollution 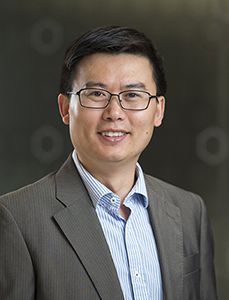 Planetary health researcher and Head of our Climate, Air Quality Research Unit, Professor Yuming Guo, is a Chief Investigator on a US$1 million grant recently announced, which will see him explore the health impacts the disastrous 2019/2020 bushfire season had on pregnant women in communities exposed to smoke.

The bushfire emergencies of that season saw unusually sustained exposure events that were also of heightened severity. It offers a critical opportunity to study the effects this type of incident, given increasing temperatures driven by climate change are likely to increase the fuel loading for such fire events going forward.

The main grant is administered via Yale University in the United States, and includes researchers from a number of Australian institutions. Professor Guo brings a wealth of relevant experience to the project, and he recently made 283rd on the Reuters ‘Hot 1,000 Climate Change Researchers’ list.

He says, “There have been plenty of opportunities in the past to study health outcomes from short-term or one-off exposures to bushfire smoke, and we know that those lead to an increase in hospitalisations for a variety of conditions.

“We also know from prior research that general urban air pollution has associations with adverse birth outcomes. However, those associations don’t seem to be dependent upon concentration alone – the chemical profile of the pollution influences them. So this is a valuable opportunity for us tease out how bushfire smoke specifically impacts unborn children.”

The project team will need to develop novel ways to estimate how communities are exposed bushfire smoke when no live-monitoring data is available, and to disentangle fine particulate air pollution (PM2.5) generated by bushfires from that arising from other sources. They’ll harness a new technique called advanced fire modelling, which itself requires some innovation prior to use.

They plan to use the upgraded advanced fire modelling to estimate bushfire-associated PM2.5 levels for Australia over the 2009 to 2020 time period, at a spatial resolution of just 1x1 kilometre. They’ll also calculate smoke movement patterns, and then use these findings to estimate daily bushfire smoke exposures for communities in bushfire zones during that time period. Finally, they’ll compare these to birth records, looking for outcomes such as preterm birth, foetal growth restriction and perinatal death. All of this will enable them to compare their results with similar outcomes for pregnancies exposed to general urban PM2.5 pollution.

Professor Guo is excited about the potential value of this knowledge, both in Australia and around the world. “Extreme bushfires are experienced all over the world, so this information is highly transferrable and practical. It’ll provide scientific evidence to policy-makers and the general public around the risks of bushfire smoke generally, and more specifically the risks for pregnant women.

“I’m also excited about the analysis we’ll be doing looking at disparities in risk among vulnerable sub-populations, including those facing socio-economic disadvantage, and racial and ethnic minority groups. This type of knowledge could help planners focus more on these groups.

“Once we’re done, the advanced fire modelling methodology we’re developing will be made freely available, for others to benefit from. It’s a really important project, and I’m honoured to be a part of it.”