Counting calories: the drive to improve nutrition support in hospitals 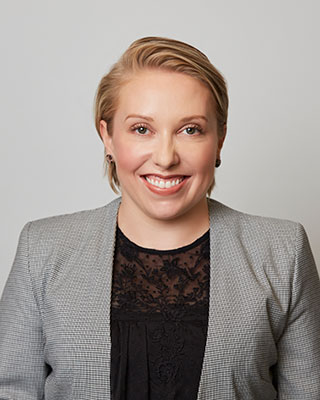 The importance of achieving optimal energy intake for health and wellbeing is well known – just look at the millions of people who track and adjust their calorie intake to influence their weight and muscle mass. So, it may surprise you to learn that nutritional intake for critically ill patients – the sickest of the sick – is often not prioritised, and little evidence underpins practice when providing nutritional support for these patients.

Researcher Dr Emma Ridley is on a pathway to change the way nutrition support is approached in Australia. In the process she’s spreading the skills, knowledge and confidence needed to lead or participate in research among our dieticians, a group that has traditionally not been heavily engaged in research.

With over 18 years of clinical practice as a critical care dietician and 14 years of research under her belt, Dr Ridley leads the Critical Care Nutrition Research program, a stream of the Australian and New Zealand Intensive Care Research Centre. She was recently given an International Early Career Achievement Award from the American Thoracic Society for her work.

“In a nutshell, I want to bring more science into our practice as dieticians,” she says.

“I take a ‘whole of hospital’ approach to nutrition, which is a novel way of doing things. One of the reasons I entered research was because a lot of the discussions and guidance around nutrition was focused solely on a patient’s time in ICU. But patients often spend significant time on hospital wards before or after an ICU stay. Nutrition isn’t a fast-acting drug with immediate consequences; I felt we should be looking at the broader context to get the best outcomes.”

She’s leading two studies currently that are bringing together dieticians and ICU clinician-researchers for the first time. The first, NUTRITION, is a national survey rolled out in 44 hospitals last year, to determine what if any standardised practice takes place, or models of care. While it isn’t yet published, she can share that there is a concerning lack of consensus on how nutrition is managed for ICU patients, and that patients able to feed themselves orally actually fare much worse than sedated patients, who are often in worse condition.

“I think there’s a tendency to focus more on the sicker patients who are fed through a tube. However, what my findings suggest is that we can better control their energy and protein intake, because of the fact they are unconscious. It’s the patients who are awake and eating normal food, but perhaps don’t feel hungry because of their illness, or they don’t like the hospital food, that are faring much worse.

“It’s a real concern because the vast majority of ICU patients feed orally, and not getting enough energy and protein can lengthen hospital stays and lead to muscle loss and a more difficult pathway back to normal life.”

A second study led by Dr Ridley is the world’s first randomised controlled trial investigating nutrition over the whole of hospital experience. Her hope is that the findings will lead to significant avenues of further research in this area.

Personalised nutrition is another area of research she’s pursuing. “In ICUs, almost all treatment decisions are based on a patient’s personal measurements – blood pressure, vital signs, blood tests – but we take a one-size-fits-all approach to nutrition. What’s worse is that the standards we use for caloric intake were developed many years ago, and aren’t reflective of modern lifestyles, nor do they accommodate the physical changes in populations we’ve seen over recent generations,” she says.

“We’re using technology harnessing ventilator output to measure oxygen utilisation, which we can then plug into an equation to generate the metabolic rate of individual patients.

“Being able to tailor nutritional intake to this level is really beneficial. If you underfeed a patient, they’ll have a longer, poorer recovery. Similarly, if you overfeed a patient, they waste precious energy breaking down excess food, when they really need that energy to be spent supporting their vital organs.”

One of the biggest challenges she faces with taking a whole-of-hospital approach is accurate data.

“ICUs often capture very accurate data on nutritional intake. ICU teams are used to recording data, there is often a strong research culture, and nurses provide one-to-one care for patients. Wards are different though. There’s less experience with research, and with one-to-four nurse-to-patient ratios, they’re often flat out. Recording how much a patient ate is often a low priority, and it can come down to whether the nurse happened to see the food tray before the porters removed it.”

“Something I love about this work is that there is just so much scope for research. Very little has been done so far, at least not in the way I’m approaching it. It means there’s a huge opportunity for us to drive evidence-based care in this field, and we have a lot of levers to play with – standardising care, improving hospital food, improving supplementation, and personalising nutrition delivery. We can make a big difference to the recovery of the millions of critically ill people around the world each year.”