Richard Mayes was already a well-known and respected GP in Castlemaine; becoming the ‘Dancing Doctor’ in April 2017 added a whole new dimension to his standing in the community, and to his life.

Richard had been practising as a GP for 14 years in the Lyttleton Street Medical Clinic when one of his patients invited him to join an adult hip-hop/funk dance group she was forming. Months later Richard, wearing ‘80s gear and a mullet wig, was part of a flash mob dance in the aisles of a local supermarket. Footage went viral.

“The flash mob dance was the most profound and effective health promotion I’ve ever done,” Richard says. “Dancing helps reinvigorate people, connect them to others, aids mobility and helps people get their mojo back.” 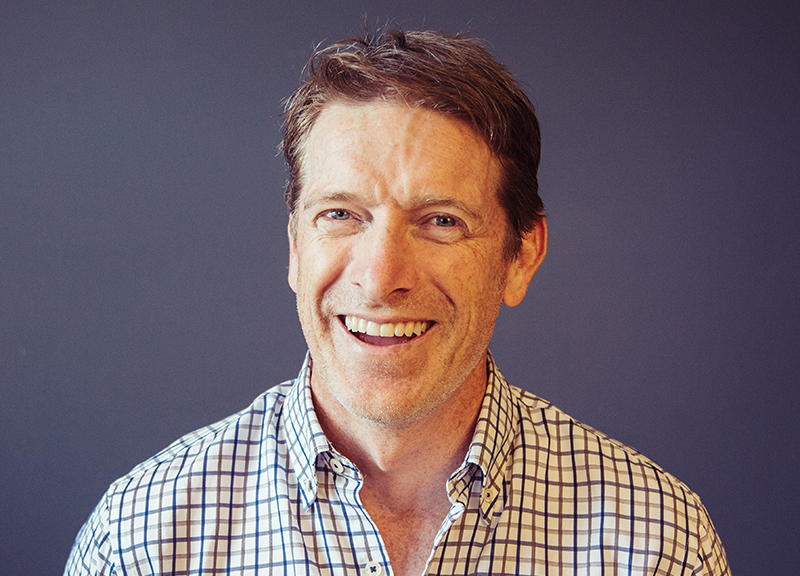 Richard, also known as ‘Mullet Man’, helped establish Silver Tops dance therapy class in 2019, bringing joy and health benefits to dozens of locals. Dancing has aided his own mental health after Richard, like many busy GPS, suffered burn-out “loving the work too much”.

Growing up in Ballarat, he knew from the age of six that he wanted to be a doctor – his father, grandfather and great uncle were doctors. Monash stood out when he applied to get into medicine after completing a year of science. “Monash Clayton had a small town feel and was a close community,” he says. “It was a good fit for me.

“The course had more of a clinical feel – we were getting patient contact early on, seeing real people and learning interpersonal skills at an early stage of our careers.”

Richard lived on-campus in Mannix College, immersing himself into the social and sporting life of university and became sports representative on the Mannix College Committee. He met his wife-to-be, Lucy, at Monash University Water Polo. He helped form, and became inaugural secretary of the Monash Rural Practice Club in 1993, a year after the university established Monash Rural Health. The club ensured that the small cohort of rural students were connected with clinical contacts, mentors and potential placements in rural GP practices and regional hospitals.

For Richard, there was never any doubt that he’d work in a rural, community practice.

He started out in General Practice in 2003 providing clinic services alongside supporting maternity, acute care, and nursing home services for Castlemaine Health. Passionate about medical education, he now trains medical students in General Practice as a Monash University senior lecturer, supervises GP registrars towards fellowship and is an instructor for the Advanced Maternity and Reproductive Education Australia.

Richard’s contribution to medical education across all levels of training, and his ‘above and beyond’ contribution to his patients and community, was recently honoured by a 2021 RACGP Rural Award, the Brian Williams Award.

Now that’s something to dance about.