By the time Megan Belot had formally completed her medical training in 2016 she had helped rescue patients in outback emergencies on placement with the Royal Flying Doctor, Broken Hill; treated very ill people in Katherine, NT, who resisted hospital at all costs; undertaken a two-year residency in Darwin with placements in Indigenous communities; and worked at the Christmas Island detention centre tending to refugees who had never seen a doctor before, working through interpreters.

These were among other mostly rural placements and locum positions.

Megan credits Monash, with its “patient-centric” approach, as allowing her to experience patient contact early. “We had full placements in third year,” she says.

As exciting and rewarding as these experiences were, Megan realised they were removed from what she really wanted to do – work as a Rural Generalist (with advanced skills in anaesthetics). “I’d always wanted to work for the Flying Doctors,” she says, “but I missed my regular anaesthetic lists, which really surprised me.” 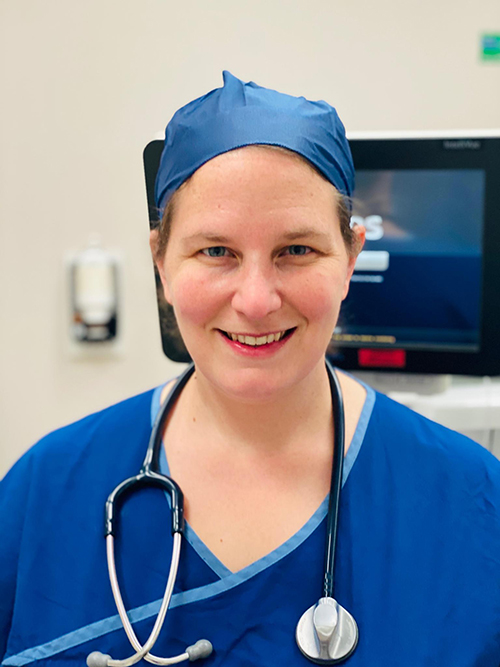 After university, Megan was selected for an internship that started with a rural term. “It was daunting but also an honour because they felt you were safe enough to go and do a lot of things by yourself,” she says. Megan watched rural generalists at Bairnsdale Hospital looking after critically ill people, taking them to theatre, and conducting a variety of treatments and thought, “wow, these guys are really cool.”

In 2016, she answered an entertaining ad posted on YouTube by staff at Northern District Community Health, Kerang, northern Victoria, desperate for a new GP. Megan now works at this clinic, and as a GP Anaesthetist at Echuca and Cohuna, where she’d locumed and completed her registrar training.

“I love the combination of getting to do a bit of everything as a GP and I love the anaesthetist work.”

Stepping in as an anaesthetist during emergency births is always a highlight for Megan, whose mother was a midwife – one influence in deciding to become a doctor in year seven. Escorting a very ill nine-week-old baby in an ambulance to Bendigo and having her survive was a standout experience.

“Seeing her a year or so later walking down the street with her mother, I was thinking ‘hey, I saved your life’.”

Megan lives outside Echuca on a farm she runs with her husband, whom she met on placement at Broken Hill, and two-year-old son.

In late October 2021, she was elected President of the Rural Doctors Association of Australia (RDAA) and hopes to be able to effect change in areas including maintaining maternity services in the country and improving flexibility around the GP training pathway to boost numbers of rural generalists.

Megan is past president of the Rural Doctors Association of Victoria.