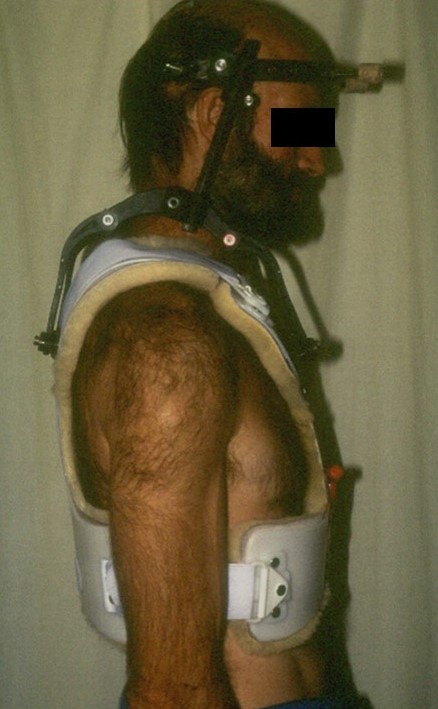 A Monash University clinician-researcher has questioned the benefits of a commonly used orthosis for cervical spine injury.

Adjunct Associate Professor Susan Liew, Director of Orthopaedic Surgery at The Alfred and part of the Monash Central Clinical School, conducted a study on the halothoracic vest, an alternative to spinal surgery. “The halothoracic vest is like scaffolding – you put four pins in the skull which supports a ring around the head (the halo) and a chest piece between four struts around the neck. It’s pretty invasive for a ‘non-invasive treatment’,” Adjunct Associate Professor Liew said.

The treatment has been linked to high rates or risk of complications, including the loosening of the pins, pressure injury, pneumonia and respiratory failure.

The study, which followed 86 patients over a 12-month period, was published in ‘Prosthetics and Orthotics International’ recently. Two thirds of those surveyed were road trauma patients. The vest is worn usually for three months.

“The halo is the most stable thing you can get to support an unstable cervical injury while it’s healing next to lying the patient flat in bed in head traction,” Adjunct Associate Professor Liew said. 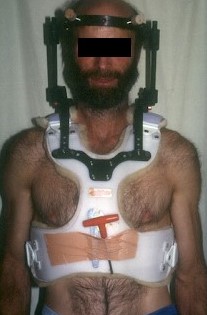 “I was a registrar in the late eighties and went through the period when that was done; technology and thinking’s come a long way since then,” she said. “The halo went through a period in the nineties and 2000s when it was the gold standard treatment – now we’re coming to a stage when we’re asking if the halo is necessarily a good treatment.

“It is still a good treatment for certain patients with certain injuries,” Adjunct Associate Professor Liew said.  “However, people are living longer and becoming frailer as they get older and don’t tolerate the halo as well,” she said.

As far as the researchers were aware, the study was the largest examining factors associated with 12-month functional outcomes after the use a halothoracic orthosis to treat cervical spine fractures. It found that many patients reported poor 12-month outcomes after traumatic injury. Only a third of patients reported a good functional recovery at 12 months, with two-thirds returning to work.

As a retrospective review of a cohort of patients, no comparison was made between patients with cervical spine injuries managed in other ways, it said.

“The study did show that we should really be thinking about whether there is a gain in using the halo vest,” Adjunct Associate Professor Liew said. “There weren’t clear advantages for some patients.”

The research should act to encourage trauma centres to review their patient outcomes and   consider the best management for cervical spine fractures to ensure optimal outcomes for this patient cohort, it concluded.