Hookworms affect the lives of hundreds of millions of people living under impoverished conditions in subtropical and tropical regions, while another nematode species called barber’s pole worm causes widespread damage to livestock. Now a Monash-led collaboration has developed a drug test that will potentially help counter nematode resistance to existing drugs in humans and in sheep.

Professor Nicola Harris from the Central Clinical School's Department of Immunology and Pathology, and Dr Tiffany Bouchery, at the Swiss Tropical and Public Health Institute in Basel, successfully identified a novel approach to identifying drugs to counter the worms in a study published in ‘Pharmaceuticals’ recently.

Current drugs that work against nematode worms target the worm’s nervous system; assays screening for these drugs detect movement, Professor Harris said. “What they find is drugs that paralyse the worm,” she said. 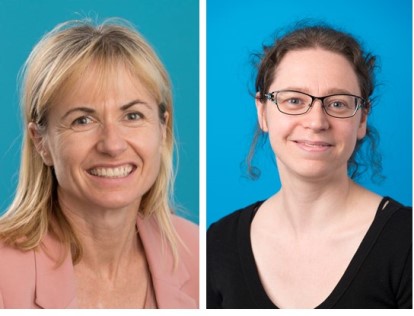 However, hookworms are becoming resistant to the main drug used to counter the worms in humans, albendazole, as are Haemonchus contortus or barber’s pole worm, in sheep.

“We thought a whole different type of assay is necessary for hookworms, one of the most common and debilitating in humans causing anaemia and malnutrition, and Haemonchus contortus, which is most problematic in terms of economic impact in Australia, New Zealand and South Africa for infection of sheep,” Professor Harris said.

“The common factor in these two worms is they feed on blood and need blood to survive though not all nematodes do,” she said.

The scientists started screening for drugs that affect the worms’ abilities to feed on blood. “The project was the brainchild and baby of Tiffany Bouchery,” Professor Harris said. Dr Bouchery was a senior post-doc in the Harris - Intestinal Immunology Laboratory but now has her own lab in Switzerland.

Professor Harris is liaising with Professor Robin Gasser, University of Melbourne, and has purchased a drug library from Griffiths University to find drugs to control blood-feeding parasite nematodes in sheep. Nematode parasites of livestock cost more than $400 million yearly to the Australian wool and meat industry.

“There’s a huge pharmaceutical need and finding a drug would be revenue-generating so should the screens come up with something really interesting they would of course take a commercial route.”

Dr Bouchery is collaborating on a drug to be used in humans.

“The idea in the end is that you will do a combination of treatments,” Professor Harris said. “The more differentiated you make the pathways you target the less likely you’re going to get resistance to more than one drug at a time.”

The project is being funded by an ARC grant for $445,250 over three years.