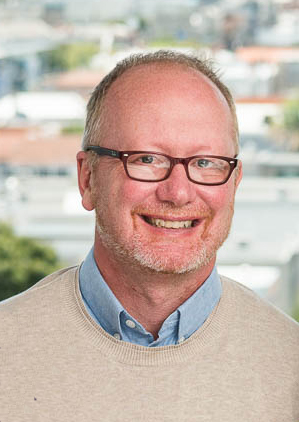 RAGE Biotech, a pharmaceutical start-up company partnering with Monash University, specialises in novel medicines for chronic inflammatory disease. The company has been awarded a $500,000 grant to accelerate its development of an inhaled RNA therapeutic for chronic lung inflammation.

RAGE Biotech founder, Chief Scientific Officer and Monash University Professor Merlin Thomas said, “We are delighted with this support from mRNA Victoria, which recognises the potential of RNA technology to change the lives of people struggling with inflammatory lung disease. At RAGE Biotech, we have applied this disuptive technology to an important therapeutic target that has so far been impossible to hit.”

RAGE Biotech is developing drugs that inhibit the Receptor for Advanced Glycation Endproducts (RAGE), an important therapeutic target in a wide range of inflammatory diseases.

The company’s most advanced drug is a synthetic RNA splice-switching oligonucleotide (SSO), which the company is currently developing as an inhaled treatment, initially for Chronic Obstructive Pulmonary Diseases (COPD), with the potential to benefit more than 300 million people worldwide (Lancet).

The grant from mRNA Victoria Research Acceleration Fund will support the Company’s efforts to extend the reach of its disruptive lung therapeutics technology to an even broader range of inflammatory lung disease.

mRNA Victoria is a Victorian Government initiative delivering programs to support the development and commercialisation of mRNA research. RAGE Biotech’s project ‘Accelerating the Development of an Inhaled RNA Therapeutic for the Management of Chronic Lung Disease’ is a ‘Tier 2’ program of the mRNA Victoria Research Acceleration Fund, designed to ‘fast track’ the translation of research into health and economic outcomes.

The company’s project partner for the grant-funded program is Monash University.

CEO Christopher Wraight said, “The support from mRNA Victoria will help accelerate the commercialisation of our novel mRNA-targetting drugs by demonstrating their potential in a broader range of lung diseases. Outcomes of the funded programme will leverage our efforts to seek appropriate commercial partnerships, through which we will advance our RAGE inhibitors into late-stage clinical trials and ultimately to market, benefiting patients worldwide.”

RAGE Biotech Pty Ltd is a pharmaceutical start-up company developing novel therapeutics for patients with difficult-to-treat inflammatory disease. With our proprietary RNA therapeutics and peptide technologies, we are developing drugs targeting the Receptor for Advanced Glycation End-products (RAGE), a clinically important, pro-inflammatory ‘sensing’ receptor. Our most advanced program is an inhaled drug for lung diseases where inflammation and scarring are a problem. RAGE Biotech was formed in 2020 with investments from IP Group, Monash Investment Holdings, the University of Western Australia and the Perron Institute. www.ragebiotech.com