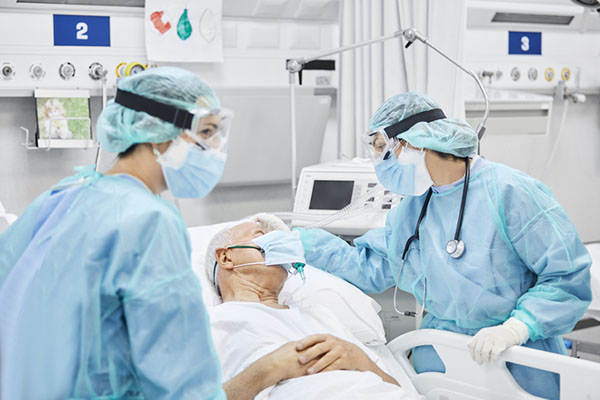 According to a new study led by Monash University, of those admitted to the ICU with COVID-19, after accounting for age and how sick patients were, the third wave of the disease in Australia was associated with the highest risk of dying in hospital, in comparison with earlier waves.

Patients admitted to ICU during the third wave were mostly unvaccinated (75 per cent), younger than the previous two waves (24 per cent > 65 years of age), more likely to be pregnant and/or obese, and less likely to have co-morbid conditions.

However, while the length of ICU and hospital stay decreased, the risk of dying in hospital increased. Interestingly, although fewer ICU patients received invasive respiratory therapies, the change in in-hospital mortality risk was primarily seen in those who had received mechanical ventilation. This observation is in the context of changes in the inherent virulence of the COVID-19 virus (e.g. the emergence of the delta strain), adoption of new therapies in ICU, and an increased volume of hospital admissions overall.

The research looked at the evolving patient characteristics, treatments and outcomes of critically ill patients in the first, second and third waves of COVID-19 in Australia utilising data from SPRINT-SARI Australia, a hospital-based surveillance database that enables real-time tracking and reporting of the sickest patients with COVID-19 in Australian hospitals and Intensive Care Units.

The findings are now available in the Medical Journal of Australia.

In Australia, relatively few infections were experienced in waves one and two, due to the combination of a national quarantine and social distancing measures. Hospital and ICU load were maintained at near usual levels. However, the emergence of the Delta strain in mid-2021 reduced the effectiveness of these measures, and increased community spread quickly followed.

The third wave was notable for greater use of non-invasive respiratory support over mechanical ventilation, awake and invasive prone positioning (lying patients on their front during mechanical ventilation), and disease-specific pharmacological therapies which affect the immune system, as well as increased occupancy of COVID-19 patients in the ICU, says senior author Dr Aidan Burrell from the Monash School of Public Health and Preventive Medicine.

“There was widespread adoption of new evidence-based practices. However, despite these differences, the risk of dying was higher in the third wave and the findings reinforce the need to adequately resource ICUs, particularly during peak demand,” Dr Burrell said.

Read the full paper in the Medical Journal of Australia titled: The Evolving Patient Characteristics, Treatments and Outcomes of Critically Ill Patients in the First, Second and Third Waves of COVID-19 in Australia. DOI: 10.5694/mja2.51590