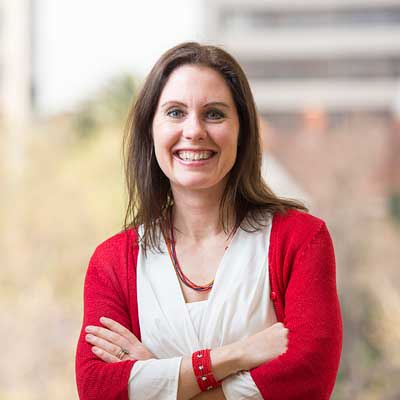 Dementia epidemiologist A/Prof Joanne Ryan from the Monash School of Public Health and Preventive Medicine is one of three leaders on a US $5.2 million multiple principal investigator grant from the US National Institutes of Health, that will enable the world’s largest cohort study of blood biomarker candidates for Alzheimer’s Disease and Related Dementias (ADRD). Around 400,000 Australians live with dementia,1 and it’s hoped that one day, one or more biomarker candidates could allow targeted ADRD prevention, screening, diagnosis and disease progression tracking through simple blood tests.

"Its such an exciting time in ADRD research," says A/Prof Ryan. "Recent advances have allowed us to detect a number of relevant blood biomarkers, but what’s been missing is the research to understand how to incorporate these into practice at a population level.

"This will be a comprehensive study in community-dwelling, older individuals initially without major cognitive impairment, to determine the extent that these biomarkers are associated with cognitive change, and the transition from cognitive decline to dementia. We’ll also look for sex-specific differences that might be important, as there are lots of well-documented differences between men and women in terms of ADRD risk factors, symptoms and pathology, and importantly, whether other medical conditions influence the levels of these biomarkers. This knowledge is critical to enable appropriate clinical interpretation of these biomarkers".

The findings will inform the development of a powerful new sex-specific risk score for practitioners to predict risk of cognitive decline and ADRD that considers common comorbidities, social, lifestyle, and genomic risk factors, together with the unique predictive strength of the biomarkers.

The researchers are investigating four promising blood biomarker candidates which are well-characterized hallmark features found in the brains of individuals with ADRD:

The ability to measure such compounds in blood, and meaningfully interpret the results, is a holy grail in ADRD research, by avoiding the need for brain tissue for diagnosis and disease tracking. Brain imaging has been a stalwart of ADRD diagnosis and management for many years, but is expensive and only readily accessible in wealthier nations. Testing of cerebrospinal fluid for disease markers has also been utilised, but requires an invasive procedure that carries a risk of serious complications.

The study will leverage the ASPREE-XT database. The ASPREE-XT study is a continuation of the landmark ASPREE study, a binational study of 19,114 community-dwelling, healthy people aged 70 years or older living in the USA and Australia. Importantly, unlike many prior studies, 45 per cent of participants had less than a high school education, enabling a unique opportunity to also examine education as gender-specific risk factor for ADRD.

More than 14,000 participants from the original ASPREE study continue to be followed for the ASPREE-XT study. These people have all received annual in-person physical health checks, and assessments of numerous cognitive functions, with the average participant having contributed for nine consecutive years. The researchers will access ASPREE’s biorepository, running the biomarker tests on blood samples taken from more than 13,000 participants at study entry, and from several thousand who are currently providing additional blood samples (approximately 7-10 years later).

Work on the project will commence in late 2022.