Barbara graduated in Medicine from the University of Melbourne in 1977. After finishing her specialist training she completed a MD in Clinical Pharmacology at the University of Melbourne in 1991. In 1997 Barbara was appointed to the position of Professor of Geriatric Medicine at Monash University and she has been the Director of the Monash Ageing Research Centre (MONARC) since its establishment in 1999. Barbara was the Medical Director of Rehabilitation and Aged Care Services at Monash Health from 2001 until her retirement in 2021.

Barbara’s research activities have focused the rapid translation of clinical research into clinical management in order to improve the quality of care and address gaps in health service delivery for older persons. Highlights include:

Barbara has been involved in a variety of additional leadership roles including:

Barbara’s previous appointments include membership of the Adult Medicine Division Council, RACP (2012 – 2014) and a federal councillor with the Australian Society for Geriatric Medicine (1994, 1997 and 2013). 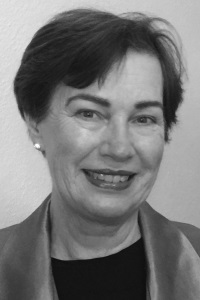