Professor Eisenbruch has more than 45 years of clinical experience working with children and adults from a wide range of backgrounds. His private practice focuses on intensive insight-oriented individual and group psychotherapy. He also provides family therapy and relationship/couples therapy. He has a special interest in dealing with cultural, religious and spiritual issues, and can work directly with patients in half a dozen languages. He also has a special interest in treating health professionals. He does not routinely prescribe medication.

Professor Eisenbruch worked for many years as a psychiatrist at the Royal Children's Hospital in Melbourne. He has served on various committees of the Royal Australian and New Zealand College of Psychiatrists and on Council and various committees of the Victorian Psychoanalytic Psychotherapy Association. He holds a Statutory Appointment as a Panelist of the Australian Health Practitioner Regulation Agency (AHPRA) and is on the roster of the Victorian Doctors Health Program (VDHP). He is an accredited psychiatrist at Cabrini Hospital, Melbourne Clinic, Victoria Clinic, and Albert Road Clinic.

During the 1980s he worked at the University of Cambridge and the Department of Social Medicine and Health Policy, Harvard Medical School developed the concept of ‘cultural bereavement’. He was Consultant to the US Institute of Medicine. During most of the 1990s Professor Eisenbruch worked in France as Professeur Associé at the Faculty of Medicine, University of Paris; Associate Directeur d’Etudes Associé at the Ecole des Hautes Etudes en Sciences Sociales; and head of a research operation at the Centre National de la Recherche Scientifique. Professor Eisenbruch has been a consultant with international organisations such as UNESCO, WHO, and UNFPA. He was UNESCO consultant on Cultural Mapping and Cultural Diversity Programming Lens and was part of the UNESCO Expert Consultation ‘Promoting Standards for Socio-Cultural Research on the Issues of HIV/AIDS and Trafficking’. He has served on executive committees of international organisations such as World Psychiatric Association and World Federation for Mental Health and on boards of Social Science & Medicine, Ethos, Journal of Refugee Studies, Qualitative Health Research, and Diversity of Health & Social Care. He has served on the Advisory Board of the WHO-EU Task Force on Migrant Friendly Hospitals and Cultural Competence.

After repatriating to Australia he became foundation Professor of Multicultural Health and Director of the Centre for Culture and Health at the University of New South Wales. He is now Adjunct Professor at the Department of Psychiatry, School of Clinical Sciences at Monash Health, Faculty of Medicine, Nursing and Health Sciences, Monash University. He is also Emeritus Professor at the Royal University of Phnom Penh in Cambodia.

Professor Eisenbruch's clinical practice is informed by experience and evidence coming from a wide range of research. He has been chief investigator on research projects funded by agencies such as the Australian Research Council, the National Health and Medical Research Council, NSW Health, Cure Cancer Australia, National Breast Cancer Foundation, Diabetes Australia, the Berghof Foundation in Germany, Posco Foundation Korea, Wenner Gren Foundation New York, Le Grand Foundation France, and the World Bank Group/Sexual Violence Research Initiative. Projects include cultural aspects of mental health, cancer, diabetes, and early childhood. He had headed a research program on violence in Cambodia, with funding from an Australian Research Council Linkage Project grant and the Berghof Foundation in Germany. Currently, he is an award-holder from the World Bank Group / Sexual Violence Research Initiative, and leads a project with Culture4Change in the Netherlands and RACHA in Cambodia, which focuses on Buddhist monks anf female devotees in helping to mitigate and prevent Gender Based Violence including sexual violence against girls and boys. 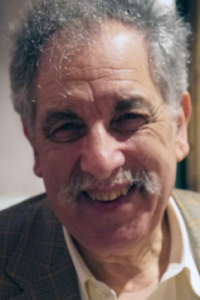