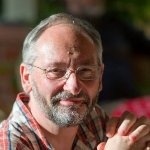 He is a specialist in Forensic Pathology and Clinical Forensic Medicine with a strong professional interest in Medical Law.

David studied both Medicine and Law in the United Kingdom and trained as a specialist in histopathology (Anatomical Pathology) in Bristol. While at Bristol he also worked in the field of clinical forensic medicine after being appointed a Police Surgeon to Avon and Somerset Constabulary.

David has worked as forensic pathologist in Victoria for over 25 years and has also practiced in the ACT and the Northern Territory. His forensic pathology case work has included working for the British Police Forensic Investigation team examining the individuals killed in the conflict in Kosovo and has been part of the teams assisting in the forensic pathology work in a number of major DVI incidents including the Tsunami in Thailand.

In the last 10 years he has been particularly involved in the establishment and working of specialist death investigation and research units aimed at preventing avoidable death and injury in the workplace, in medical care settings and in recreational activities. These units have included the National Coroners’ Information System, the Clinical Liaison Service (adverse medical event investigation unit), the Workplace Death Investigation Unit and the Consultative Committee into Road Traffic Fatalities.

In relation to his focus on death prevention he is a member of the Federal Government’s Australian Suicide Prevention Advisory Council and the Victoria Police Road Fatality review committee.

He has been a NATA Technical Assessor (Medical Testing and Forensic Science) since 2006 and is also a Member of NATA’s Forensic Science Advisory Committee. He is currently the Victorian State Councillor for the Royal College of Pathologists of Australasia.

In 2004 David was appointed the visiting International Expert in Forensic Pathology at the Health Sciences Authority in Singapore and in 2008 he was invited to provide expert advice to the Judicial Commission of inquiry into paediatric forensic pathology in Ontario (Goudge Inquiry).

David has published widely in the fields of forensic medicine, medical law and pathology. He has written, co-written and contributed to a number of books in the fields of Forensic Medicine and Pathology and has produced a number of medico-legal policy and research reports for government and private agencies. He is co-author with Dr Ian Freckelton of the text book “Death investigation and the Coroners Inquest” published by Oxford University Press and he regularly contributes to the Medical issues section of the Journal of law and Medicine.

Outside medicine David is a choral singer with the Victoria Chorale and is involved with early music and dance productions in Melbourne as a narrator. His other interests include Radio and Electronics and he holds amateur radio licences in Australia (VK3ECG) and the UK (G0IWI). He is also interested in vintage Hi-Fi systems, classical music and archery.