Use of tamoxifen treatment for 10 years reduces the risk of late breast cancer recurrence and improves survival of women with oestrogen-receptor positive breast cancer: 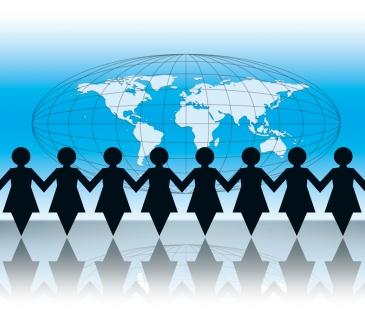 The majority of women diagnosed with invasive breast cancer will have a ‘hormone sensitive cancer', that is, a cancer that has receptors to which hormones can attach. Gold standard care for women with oestrogen sensitive (oestrogen receptor-positive) breast cancer is treatment with endocrine therapy to prevent cancer recurrence or the development of a new breast cancer.

Treatment with endocrine therapy, usually tamoxifen or an aromatase inhibitor, reduces breast cancer recurrence and mortality. Traditionally the recommended duration of endocrine therapy has been 5 years.

The Adjuvant Tamoxifen – Longer Against Shorter (ATLAS) Study was undertaken to determine whether longer duration of tamoxifen therapy would result in a benefit for women with oestrogen receptor-positive invasive breast cancer. The study was led by Professor Richard Peto and Dr Christina Davies of the University of Oxford, UK. Australian participants in this study were recruited by the Women's Health Research Program at Monash University and the ANZBCTG, Newcastle University. We extend our thanks to all the Australian women who participated in this study through these two lead centres.

The ATLAS Study recruited women with hormone receptor positive breast cancer from 36 countries between 1996 and 2005. Women were eligible to participate in the study if they were being treated with tamoxifen for invasive breast cancer and on reaching the traditional 5 year threshold to stop, there was shared uncertainty between the woman and her doctor whether to stop or continue for a further 5 years. Women were excluded from the study if they had clinically active disease. Once recruited, women were randomly allocated to either stop tamoxifen or to continue for a further 5 years, with all women being followed up.

During an average of 8 further years of follow-up of 6846 women with hormone receptor-positive invasive breast cancer, 1,328 breast cancer recurrences were identified and 728 women died from breast cancer.

Continuing tamoxifen for a total of 10 years versus stopping tamoxifen after 5 years had little effect on recurrence rates and death rates between 5 to 9 years after diagnosis. However, during the second decade after diagnosis, the women who had been allocated to continue tamoxifen treatment had a 25% lower recurrence rate and a 29% lower breast cancer mortality rate than the women who had been allocated to stop after only 5 years.

Tamoxifen has side effects, with the most significant being uterine (endometrial) cancer. Taking tamoxifen for longer does increase the risk of endometrial cancer. But because doctors are aware of this risk and early detection generally results in cure, the overall risk of death from endometrial cancer as a result of continuing tamoxifen therapy was low: 0.4% compared with 0.2% for women who stopped tamoxifen after 5 years. As this risk is heavily outweighed by the reduction in breast cancer deaths, the overall risk of death was significantly reduced by extending tamoxifen treatment out to 10 years. In premenopausal women (where tamoxifen is often the endocrine treatment of choice), there was no apparent increase in endometrial cancer with 10 years of treatment.

"Many hundreds of thousands of women with oestrogen receptor positive breast cancer take tamoxifen, or some other adjuvant endocrine treatment, but the current recommendation is to stop after 5 years," said Dr. Davies. "ATLAS shows that protection against breast cancer recurrence and death is greater with 10 years than with only 5 years of tamoxifen, and women and their doctors should be aware of this evidence when deciding how long to continue tamoxifen, or any other endocrine treatment."