Statin use in the Elderly

Statin therapy has been shown to reduce the recurrence of cardiovascular events (such as heart attack or stroke) in people who have already experienced such events. However it is not known if statins can prevent or delay these events from occurring for the first time in healthy individuals. The gap in knowledge is particularly critical for people aged 70 years and over as very few previous trials have included sufficient numbers of participants from this age group to be certain of the benefit.

The rationale for undertaking a trial of statins in the elderly is not only based on the high proportion of elderly people affected by new guidelines introduced in the US and UK (which state that anyone with an increased risk of cardiovascular disease should be on a statin for primary prevention), but also by the predicted increase in the ageing population.

Statins (HMG-CoA reductase inhibitors) are a class of drugs with a potential to delay the onset of several causes of incapacity in the elderly especially vascular disease. Their best-recognised action is to reduce circulating blood lipid levels1. However, current evidence does not indicate whether statins can also prevent or delay dementia, disability or other conditions of ageing. Nor do we know whether statins can extend healthy life expectancy and maintain quality of life.

Adverse effects of statins include myopathy, development of diabetes, cancer and cognitive impairment. Older people are potentially more vulnerable to these adverse events due to poly-pharmacy and drug interactions2.

The fundamental question of risk versus benefit

The use of statins in the over 70 age group raises fundamental questions about the purpose of preventive drug therapy in this older age group. When a preventive agent is used in the context of competing mortality, polypharmacy and a higher incidence of adverse effects, its use should be justified by an improvement in quality of life or some other measure that demonstrates that the benefit outweighs other factors. Prevention of a single component of a complex mix of positive and negative effects of a drug will increasingly be seen to provide inadequate justification for widespread use, especially in older people. Without an appropriately designed clinical trial it is not possible to know the balance of risks and benefits associated with the use of these agents in this age-group.

STAREE will utilise the resources and expertise in community-based research established in the Australian National Blood Pressure Study (ANBP2) trial and subsequently adapted for the randomised controlled trial of Aspirin in Reducing Events in the Elderly (ASPREE). Funded by the Australian National Health and Medical Research Council (NHMRC) and the US National Institute of Health (NIH) ASPREE has recruited over 18,000 patients and published major findings in September 2018.

Treatment with statin (atorvastatin 40mg) compared with placebo will not reduce the incidence of major adverse cardiovascular events amongst a healthy elderly population (≥70 years).

Aims: To determine in people aged ≥70 years the effect of statin therapy (40 mg atorvastatin) versus placebo, over an average 5-year treatment period, for the prevention of two co-primary clinical endpoints; (i) a composite of all-cause mortality or dementia or development of disability and; (ii) major adverse cardiovascular events (myocardial infarction, stroke and cardiovascular death).

The study will be a double-blind, randomised, placebo-controlled trial involving men and women over 70 years of age. It will utilise the infrastructure established for the ASPREE trial and follow similar recruitment and follow-up procedures.

This study will be the first randomised controlled trial (RCT) of statin therapy in an apparently healthy elderly cohort (aged 70 years and over) living independently in the community. Although previous trials have reported benefits of statin therapy on cardiovascular outcomes in younger people with established cardiovascular disease or at high risk of cardiovascular disease, none have focused on the balance of benefits and risks in older people. Given the demographic transition to an ageing population and the increasing health care costs incurred by governments and individuals, this study has the potential to influence health expenditure in Australia and to change the way that preventive drugs are evaluated in this age group.

The present study is important because there is often only a limited time window to study the efficacy and safety of new clinical trends before they become almost irreversibly entrenched into clinical practice. 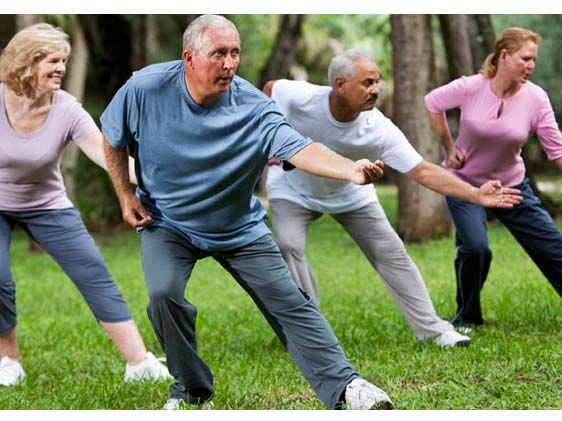