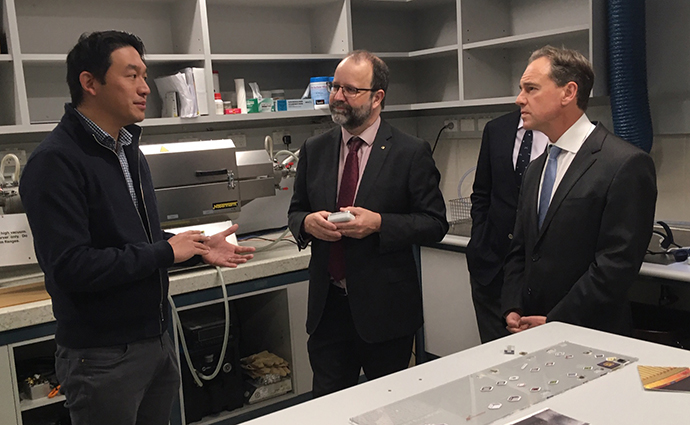 Ground-breaking technology that interfaces computers to the brain, for bionic vision and movement restoration, is one of two major research projects at Monash that will progress into a critical new stage of commercial development, thanks to federal funding announced today.

The Hon Greg Hunt MP, Federal Minister for Health, visited the Neurobionics lab of Monash Biomedicine Discovery Institute (BDI) and Faculty of Engineering researcher Dr Yan Wong today, to see how the project will progress and make the funding announcement. 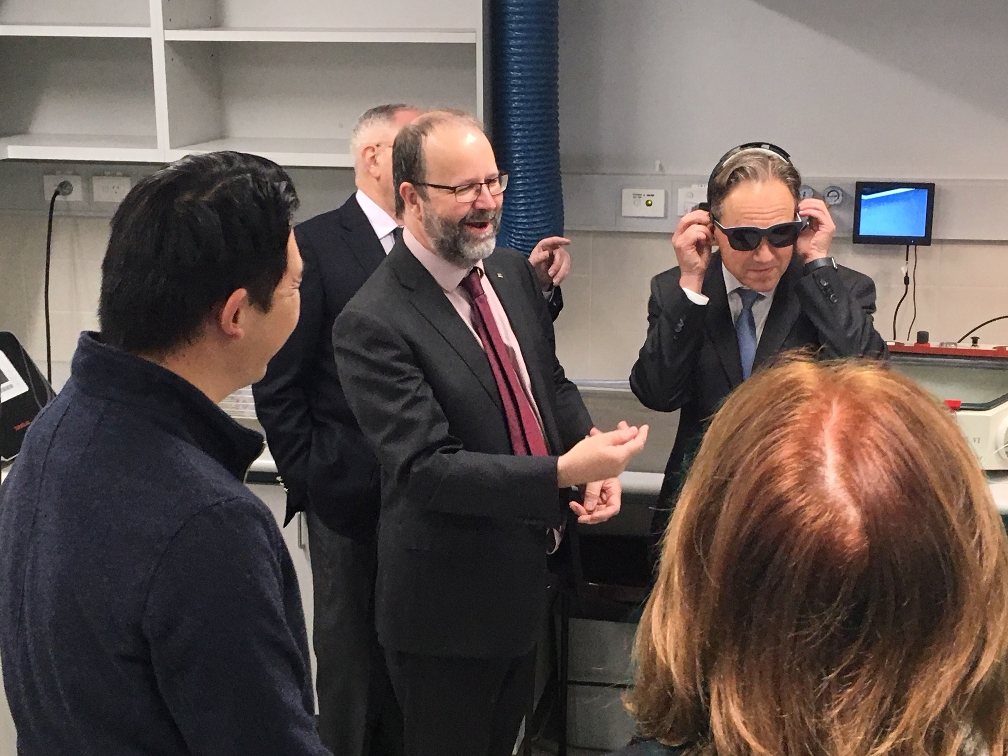 The Minister received a demonstration of how the electronic implant works to restore vision, and the team explained the manifold possible other uses for the technology. He also had the opportunity to try his hand at producing one of the implants on the new equipment in the lab.

The Cortical Frontiers project involves Principal Investigator and Director of the Monash Vision Group, Professor Arthur Lowery, and Monash BDI’s Dr Yan Wong and Professor Marcello Rosa. The research team have developed wireless-connected electronic implants that sit on the surface of the brain, creating long-term brain-machine interfaces. The primary purpose has been to restore vision, though it has become clear that there are many other applications for this technology.

Vision involves light being turned into electricity. When the electricity function fails, vision is impaired or lost. These devices restore vision by replacing the faulty electric signalling.

This funding will enable the team to explore potential new applications, including the moderation of epilepsy and depression, brain-controlled prosthetics, and the restoration of vital senses beyond vision. Dr Wong said this funding will not only enable the team to explore potential new avenues for use, but will help them produce the devices locally.

“Previously we’ve had to have them made overseas, as it requires very specific equipment to manufacture these devices. Now, with the extra investment, we’ll be able to start manufacturing the implants here in Australia at the small scale needed to progress the human trial,” Dr Wong said.

“This stage one of funding gives us a chance to delve deeper into this project, start two companies and really compete for the stage two funding,” he said.

Stage two will support the best two applicants with up to $50 million each over five years. 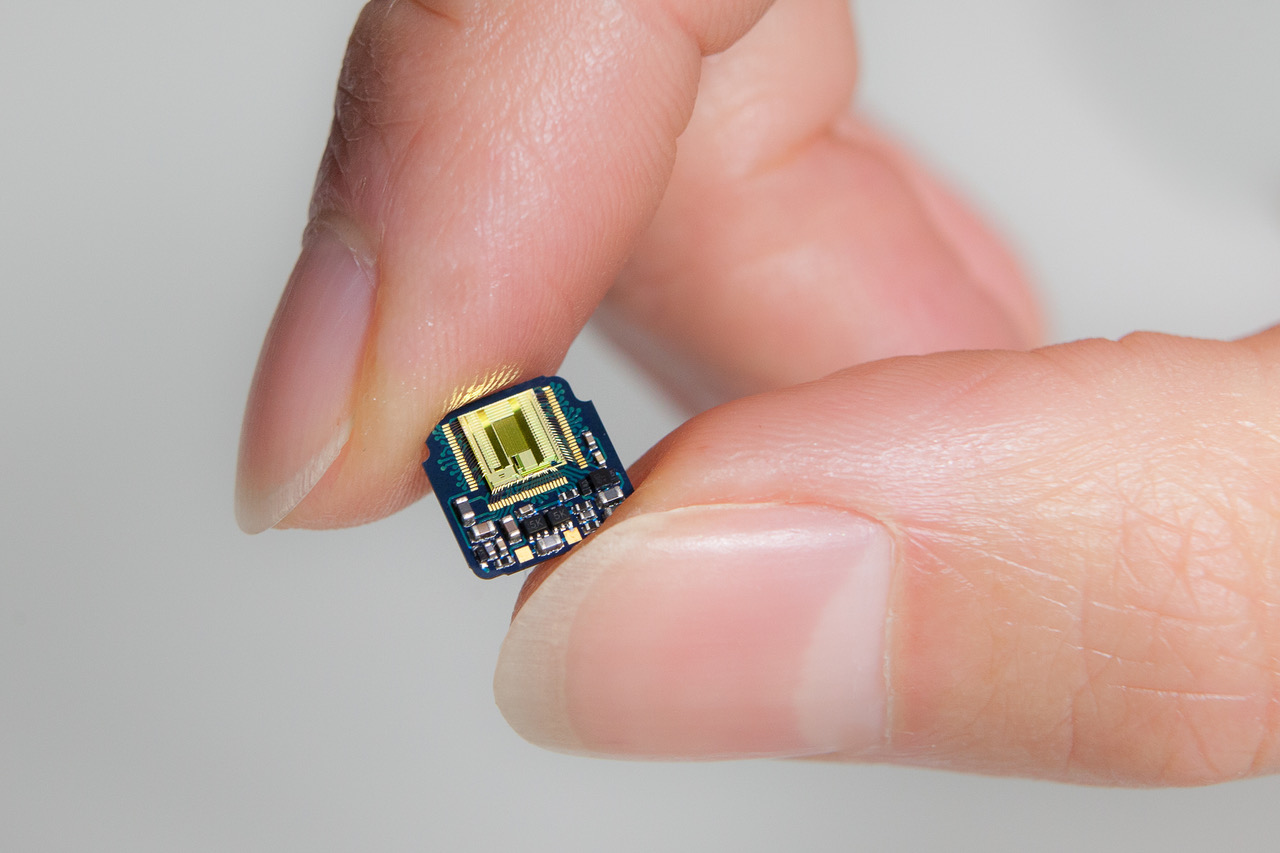 Internal electronics of the Gennaris implant.

President and Vice-Chancellor Professor Margaret Gardner AO said Monash was the only institution awarded two projects – an indication of the University’s research depth and scale. The second Monash project, ‘A robust public health program against mosquito-borne diseases’, is led by Professor Scott O’Neill, Director of the World Mosquito Program.

This article is based on a piece originally published on the Monash University news website.