Awards and Recognition in 2021

In 2021, MSDI change-makers were recognised for their passion to innovate and strive for real-world change.

Chair of MSDI, Professor John Thwaites, was made a Member of the Order of Australia (AM) for significant service to the environment and to the people and Parliament of Victoria.

John Thwaites also won an Engagement Australia Award for Outstanding Leadership for his work as a leader and convener. Carefully nurtured partnerships and an entrepreneurial mindset are critical to the success of many initiatives at MSDI. John was awarded for his leadership in creating and enabling collaboration and connections that lead to sustained impact.

Two Citations for Outstanding Contributions to Student Learning were awarded to MSDI’s David Robertson and Associate Professor Annette Bos (joint), and Gitanjali Bedi, as part of the Australian Award for University Teaching (AAUT).

MSDI Senior Lecturer and Educational Researcher, Gitanjali Bedi, was also finalist with her team at the AASHE Campus Sustainability Research Awards for their research into integrating sustainable healthcare in health professions education. 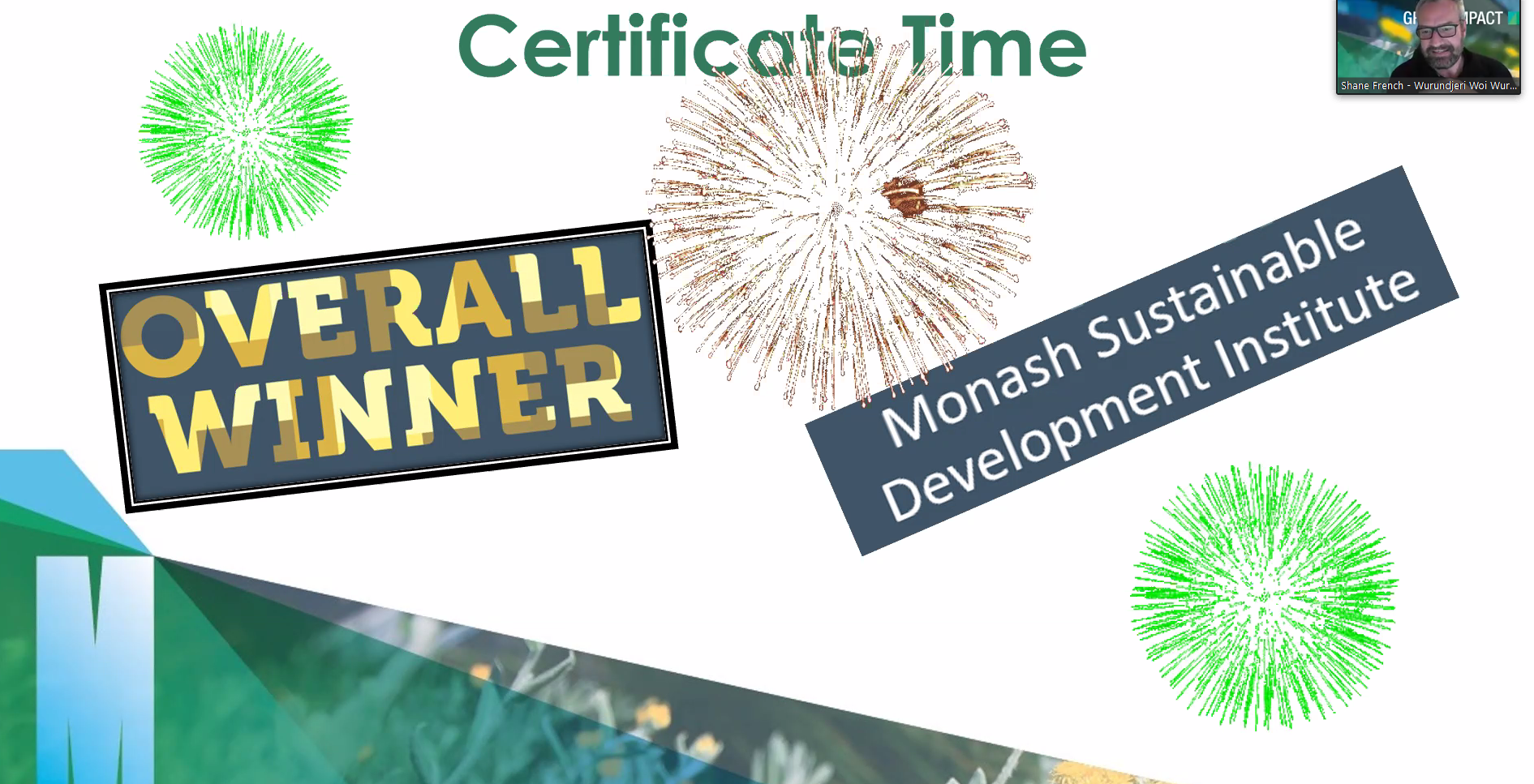 BehaviourWorks Australia’s education team won the Purple Letter award of excellence for their Master of Environment and Sustainability Unit which was rated in the top 3 per cent of Monash courses by students.