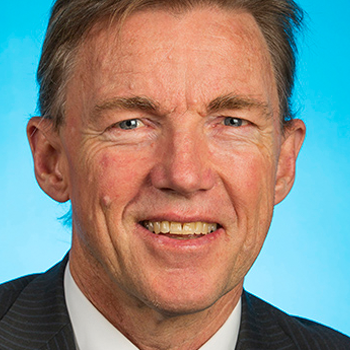 Professor John Thwaites AM is a Professorial Fellow, Monash University, and Chair of the Monash Sustainable Development Institute and Climateworks Centre.

In 2013, John was named as one of the 100 Global Sustainability Leaders by ABC Carbon Express. In 2015, he was awarded the “Planning Champion” award by the Planning Institute of Australia and in 2016 was awarded the Richard J Evans Award for excellence in recognition of outstanding contributions to planning in Victoria.

John was appointed Member of the Order of Australia for “significant service to the environment and to the people and Parliament of Victoria in the 2021 Australia Day Honours.

John Thwaites was Deputy Premier of Victoria from 1999 until his retirement in 2007. During this period he held various Ministerial portfolios including Minister of Health, Minister of Environment and was Victoria’s first Minister for Climate Change. In these portfolios he was responsible for major reforms in social policy, health, environment and water.

Prior to being elected to Parliament, he was a barrister and Mayor of South Melbourne.

He has degrees in Law (Honours) and Science from Monash University. He is a Fellow Australian Institute of Company Directors.