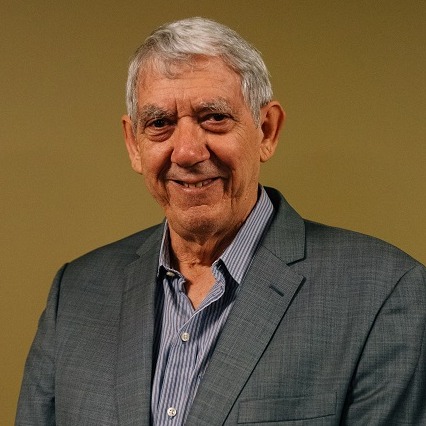 Professor Brian Fildes will retire from the Monash University Accident Research Centre at the end of the year after a tenure spanning more than three decades.

An integral part of MUARC since its first year in 1987, Fildes struggles to pinpoint how he feels about scaling down his commitments to the Centre.

He paradoxically shifts between describing sadness and satisfaction but is more certain that the time is right to focus on the next part of his life.

"After 33 years at MUARC, I guess there's a certain sadness about it all. But you get to a certain stage in your career where you realise that it's time," he says.

"I guess I've got to that point. I can't explain why, but I just get this sense that now is a good time to undertake fewer projects while continuing my involvement with graduate students.”

Fildes won't be entirely lost to the Centre though as he has gladly accepted a position as Emeritus Professor at MUARC.

“I'm so committed to MUARC that I don’t want to turn my back on it totally, so when an opportunity to take an Emeritus position came up, I was only too willing to do so," he says.

It is little wonder Fildes would find it difficult to step away completely. He speaks proudly about MUARC’s evolution since its early days when there were just four researchers.

Alongside inaugural Director Professor Peter Vulcan AM, Fildes played a significant role in building the Centre’s expertise so it could meet the growing number of research opportunities coming its way.

After becoming the Centre’s first Professor of Road Safety in 1996, he helped establish its graduate research program and has since supervised more than 20 PhD and Honours students. “My first student was Jennie Oxley. She didn't just finish her PhD – she became a Professor in her own right. That gives me a lot of pride to see a lot of these people go onto senior roles.”

Fildes cites other alumni success stories to underline the point that MUARC has been able to attract and develop talent.

His own success at MUARC also includes heading the Centre’s presence in Prato, Italy (2008-11), conducting international projects with partners from the US and Europe, leading the Centre’s Traffic Engineering and Vehicle Safety team and becoming a Visiting Professor at Loughborough University in the UK.

When discussing some of his early research, there is a particular memory that stands out.

“I can recall going to a conference back when the US's airbag philosophy was killing children and other adults. Airbags in the US were designed as primary restraints not to be used with a seatbelt, but to act as an alternative seatbelt design. It never worked,” he explains.

“Around the mid-90s, I presented a paper on the success of Australian supplementary airbags. As I exited the stage, I could see a number of US Professors and vehicle manufacturers there with huge smiles on their faces. They had been trying to get the US government to change their philosophy on using airbags as an alternative to the seatbelt, rather than an adjunct to the seatbelt.

“We were able to show them the benefit of what we had developed in Australia, and as a consequence of that, the head of the federal government and Laurie Sparke, who was head of Holden's safety at that time, were both called to give evidence in the US as to why they should change their policy. And, as a consequence, they did.

"That was a really big success story and something MUARC and Australia can be very proud of.”

Also significant was a study on far-side impact protection which led to around 29 publications and safety supplier, Autoliv, designing airbags that protected not just the driver in a side impact crash, but also the front passenger.

It was a project Fildes became particularly passionate about after a driver ran a red light and ploughed into the side of his car. The crash hospitalised him for 8-10 days and injured his partner Elfriede who was in the passenger seat, reinforcing the need to protect all occupants in a vehicle.

While much has been achieved, Fildes believes there is still too much unfinished business when it comes to the global effort to reduce road trauma, especially in low and middle-income countries.

“My whole working life has been about trying to make things safer. You're never satisfied. Even today, we're still killing and injuring far too many people on the roads."

Vehicle safety today has become more advanced than the early airbag vehicles of the 1990s and Fildes starts discussing some of the newer safety technologies when asked about the future of road safety research.

His own car has a degree of automation such as emergency braking and lane assist, but he doesn’t think motorists and today’s road infrastructure are ready yet for completely autonomous cars.

“Ask yourself: Would you be prepared to get into a car with no steering wheel, no brakes, no control at all and travel in that car happily? I don't think our generation would. Maybe my granddaughter or my granddaughter’s daughter might, but I don't think most of today's motorists would accept that," he says.

"The people who make (these technologies) are gung-ho about getting them developed, but there are still too few evaluations of their effectiveness. That, to me, is a critical area that MUARC must play a critical role in."

Fildes' reduced involvement means it will be up to others to conduct that work.

He has earnt the right to pass the torch after more than three decades of academic achievement and a crucial role in shaping MUARC’s success, but alongside a sense of contentedness is an admission that retirement won’t necessarily come easily.