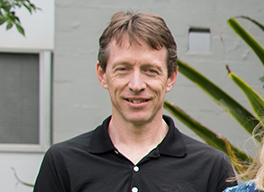 Trevor Allen knew he had made a mistake before crashing his motorbike and falling deep into a roadside table drain in the Snowy Mountains region of New South Wales.

While on a multi-day charity ride with a few friends on the scenic alpine roads, Allen was not sure if he was going to make it around a bend.

“I came off the road and ended up in a huge table drain that’s about 8-foot-deep. I was able to climb out because the motorcycle was below me.”

A police officer told Allen that a motorcyclist died after falling into the same drain a few months earlier. It was a high-risk area and the rider tumbled into the drain before his motorbike landed on top of him.  A third rider also crashed on the same bend while Allen and police were still at the scene, and was transported away by ambulance.

Allen walked away with only a few scrapes and bruises, considering himself “pretty lucky.”

While his academic career was focused on physiology at the time, the incident got him thinking about the number and type of factors that can contribute to a single crash.

He is now a research fellow at the Monash University Accident Research Centre (MUARC) where, as somewhat of a coincidence, his first role was to coordinate a study into motorcycle crashes in Victoria. The research team recruited over 200 hospitalised riders and inspected each of their crashes, as well as over 500 un-injured motorcyclists.

“I don’t think it (the accident) had anything to do with me getting the job, but it made me appreciate the complexities of what might cause a crash,” he says.

Prior to joining MUARC, Allen’s first related experience involved racing car drivers. With an original research background in muscle and exercise physiology, and having raced go-karts and always been interested in “all things with wheels”, he jumped at an opportunity to do some funded field-based research on the physiological stress of V8 Supercar drivers.

He put together a small team and attended races in Adelaide, where they measured things such as the drivers’ core temperature, body weight and exposure to carbon monoxide.

“It’s a sport that’s dominated by engineering, so they’re obsessive with making the car faster and often forget the human element,” he says.

“We showed there were significant levels of carbon monoxide beyond what is acceptable for workplaces.  One driver lost consciousness during a hot race in a previous year, and many others would collapse out of the car in a heap when the race was over.”

For the drivers, the idea of participating in research was new. Despite research being far down their priorities on race days, and not always being keen on having their finger pricked with a needle before a race, Allen found them to be a “great group to work with.” In fact, he was invited to work with one of the teams as a consultant in exercise physiology and helped prepare them for major races including the Bathurst 1000.

“I think I went up to Bathurst for something like 7-8 years in a row to help the team get the best out of their drivers. I really enjoyed that.”

It was this research experience, rather than the crash in the Snowy Mountains, that Allen says was his “foot in the door” at MUARC.

He has since completed further studies on motorcycle safety, in which he says his own experiences as a rider have proven valuable. He also believes there is the potential at MUARC to be inter-disciplinary by drawing upon his background in physiology.

“An area of physiology I’ve researched is proprioception which aims to understand how the brain knows where the body is when your eyes are closed. That has a lot to do with how we perceive things visually, and how our brains use the signals generated within the body to control something like a car.  The expertise that I’ve built up in this discipline has obvious applications in the research MUARC does.”

Given his passion for vehicles and motorcycles, it probably should not surprise anyone that Allen ended up at MUARC. However, his arrival at the Centre would not have happened if it were not for his willingness to move outside the comfort zone of his original discipline and try something fresh.

His advice for up-and-coming researchers is to follow their passion – even if it does not seem to fit what they may already be studying.

“I would encourage prospective students to follow the areas that really pique your interest, challenge your thinking and keep you motivated.

“Be prepared to take a leap of faith and try a research area you haven’t done before. Since coming to MUARC, I’ve learnt a whole new set of research skills that I never would have grasped if I stayed in my discipline.” 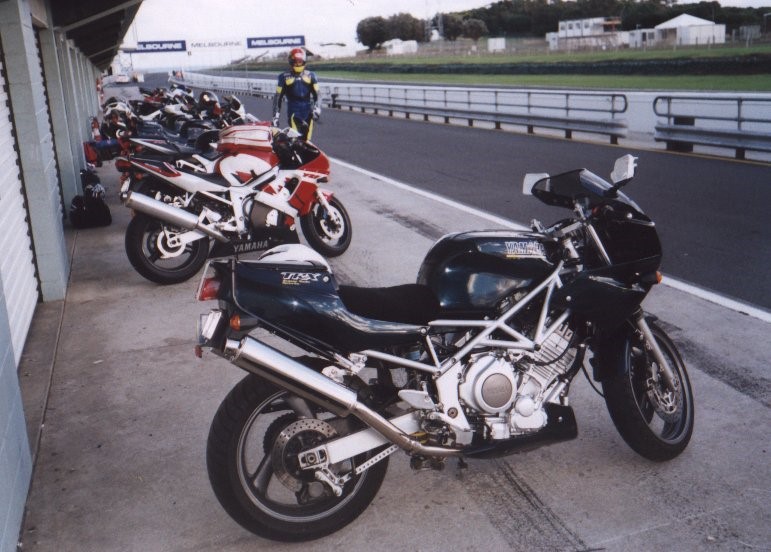 Allen's TRX motorbike during rider training at Phillip Island. It was the bike he was riding in the Snowy Mountains accident.