Ben has more than 15 years of experience in the disaster risk reduction and emergency management sectors in a variety of volunteer and employed roles in Australia, Canada and Nepal. Ben completed his PhD in Risk and Emergency Management at the Scuola Universitaria Superiore IUSS Pavia in Italy in 2016 writing his thesis on the influences on local government policy action on disaster risk reduction. Since then he has worked in research and evaluation in a government context. His current research interests include the influences and process of policy change in disaster resilience and crisis policy making in general, the effectiveness of household mitigation and preparedness measures, and the application of novel mixed method approaches to the research-policy interface in emergency management. In 2019, Ben was part of the program committees for the AFAC and Australian Disaster Resilience Conferences, chairing two sessions at the conference. 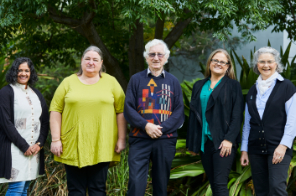