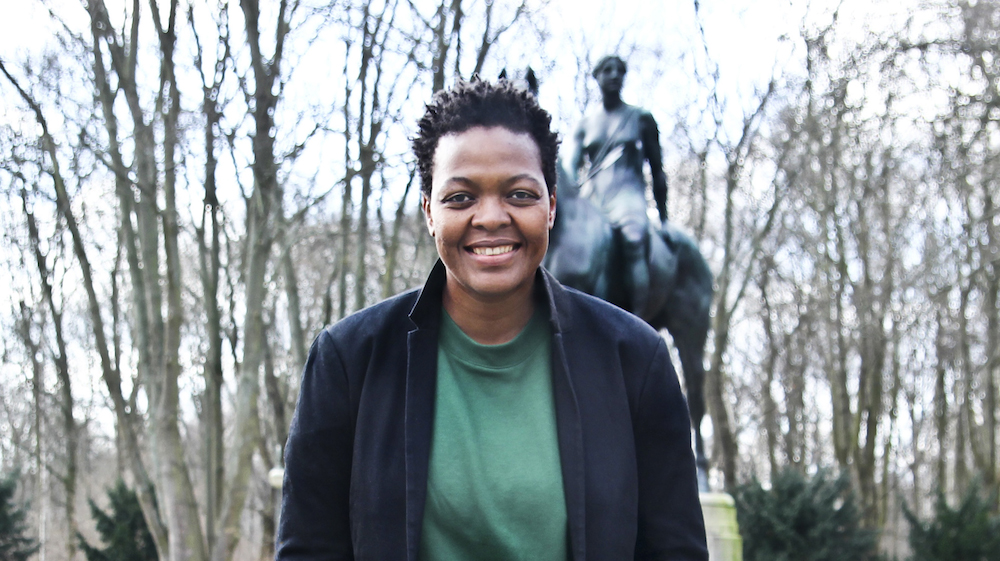 Monash University Museum of Art | MUMA is pleased to present our final Boiler Room lecture for 2018 — a special lecture by international artist, curator and educator Gabi Ngcobo titled Working with the unknown. In this talk Ngcobo will speak about her collaborative curatorial practice, starting from the founding of the collaborative platform Center for Historical Re-enactments (2010--14) to co-establishing NGO – Nothing Gets Organised. Both projects traverse her artistic and educational approaches and have influenced some of the large-scale projects she has worked on during the past five years, including A Labour of Love, the 32ndSao Paulo Biennale and the 10th Berlin Biennale for Contemporary Art.

The lecture will be convened by Hannah Mathews, MUMA’s Senior Curator.

Gabi Ngcobo is the curator of the 10th Berlin Biennale. Since the early 2000s she has been engaged in collaborative artistic, curatorial and educational projects in South Africa and of an international scope. She is a founding member of the Johannesburg based collaborative platforms NGO – Nothing Gets Organised and Center for Historical Re-enactments (CHR). NGO focusses on processes of self-organisation that take place outside of predetermined structures, definitions, contexts and forms. CHR responded to the demands of the moment through an exploration of how historical legacies impact and resonate within contemporary art.

Recently Ngcobo co-curated the 32nd Bienal de São Paulo: Incerteza Viva [Live Uncertainty], which took place in 2016 at the Ciccillo Matarazzo Pavilion in São Paulo, Brazil. She also co-curated A Labour of Love at Weltkulturen Museum, Frankfurt am Main, Germany (2015-16) which travelled to the Johannesburg Art Gallery in 2017. Since 2011 Ngcobo has been teaching at the Wits School of Arts, University of Witswatersrand in Johannesburg, South Africa. Her writings have been published in various catalogues, books and journals and she currently lives and works between Johannesburg and Berlin.

Gabi Ngcobo is a keynote speaker at the AAANZ Conference 2018: Aesthetics, Politics and Histories: The Social Context of Art, 5-8 December 2018, RMIT University. Her visit to Australia has been supported by RMIT University School of Art, AAANZ and Monash University Museum of Art.