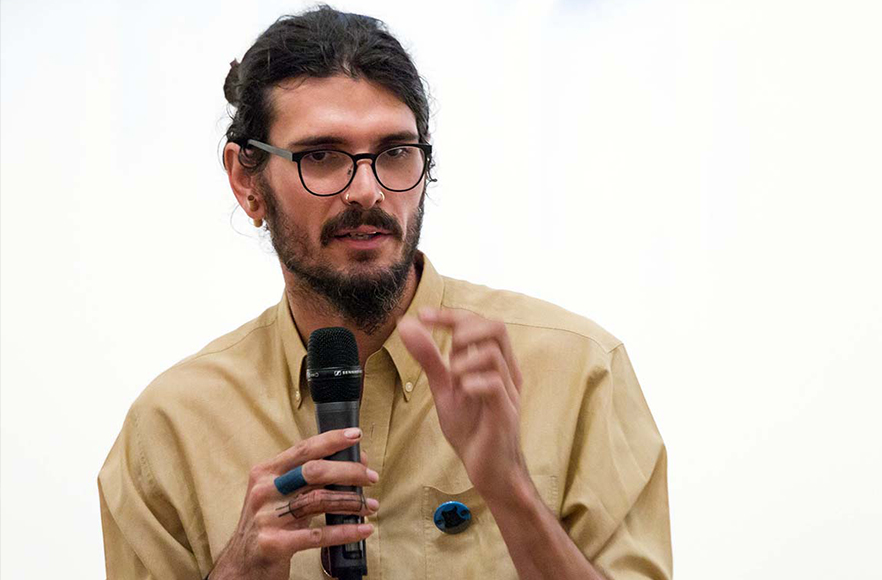 Form x Content – Through a lens of visitation: Dale Harding

A descendant of the Bidjara, Ghungalu and Garingbal peoples of central Queensland, Dale Harding’s multilayered practice is poetic and political in its materiality and process, and has a strong focus on community, family and place. His work pays particular homage to matrilineal female figures in his family—engaging and bringing forth their stories.

Harding’s early works give visual expression to the histories of brutality and discrimination against Aboriginal communities. Over recent years and successive bodies of work, he has sought to move focus from efforts to document the oral histories of his Elders towards seeking new forms for sharing material and environmental knowledges.

Dale will speak to his exhibition, Through a Lens of Visitation, which explores the artist’s relationship to Carnarvon Gorge on his mother’s Country, and includes significant and recent works, together with textile works made by his mother Kate Harding. Through a lens of visitation is presented at MUMA from 28 April to 26 June and is accompanied by a publication featuring commissioned essays by women scholars that speculate on the resonance of Carnarvon Gorge in Australian modernism.

Dale Harding is a descendant of the Bidjara, Ghungalu and Garingbal peoples. His practice encompasses textile, sculpture, film and painting, both in the form of discrete canvases that draw on Colour Field and Minimalism and in site-specific installations that reveal a sensibility for materials and social context. In July 2020, Harding was awarded a Postdoctoral Fellowship from Queensland College of Art (QCA), Griffith University, Brisbane.