Performative Philosophy: The Films and writings of Chris Kraus and Semiotext(E) 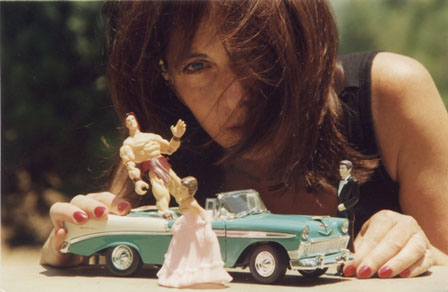 Performative Philosophy: The films and writings of Chris Kraus and Semiotext(e) presents Kraus’ work as a film-maker, writer and co-editor of Semiotext(e). The exhibition comprises films, video, books, scripts, posters,prints and production notes. Drawing this rich collection of documents together is an attempt to encompass the poetic force of Kraus’ filmmaking and her unique and inventive voice that moves through art, fiction, feminism, politics and the many spheres of cultural production.

In her most recent book Where Art Belongs, Kraus argues that the ‘artworld remains the last frontier for the desire to live differently’. Her activity within this world for nearly three decades includes an experimental fill career, culminating with the feature-length Gravity and Grace, 1995; an ongoing editorial role at Semiotext(e) and her introduction of the ‘Native Agents’ fiction series; three novels, with another forthcoming in 2012; and Video Green, a seminal book of essays about Los Angeles’ art schoolsand the production of art stars in the late 1990s. She writes the Atlas – LA olumn for Art in America and since 2009, has been a Professor of Writing at European Graduate School (EGS).

Since abandoning the debt and disappointment of her film career, Kraus’ work has attracted a large international audience and constant critical acclaim. Her interweaving of radical female subjectivity and analytical critique prompts an argument that Kraus has cultivated a new genre of writing altogether.

In 2011, the New York Times described Kraus as ‘one of our smartest and most original writers on contemporary art and culture’; and her novel I Love Dick was cited by Frieze magazine as one of the most important books of the past two decades.

In an introduction to the second edition of I Love Dick, Eileen Myles writes, ‘Chris’ ultimate achievement is philosophical... As if her decades of experience were both a painting and a weapon’.

Kraus finds her way to her subjects via incongruous and illuminating routes. Fiction and autobiography become protean tools in her writing. The fictive  world of her novel Torpor tempts a biographical reading as her cast of characters includes Nan Goldin, Georges Perec and Felix Guattari, all of whom Kraus has had some kind of personal proximity to. With Video Green, a critique of the MFA programs within Los Angeles’ art schools deviates to a recounting of Kraus’ role as a submissive in relationships she develops with strangers through a phone-sex service.

Through Semiotext(e), Kraus has been fiercely dedicated to the publication of the work of both renowned and nearly-forgotten writers. Semiotext(e)’s abundant catalogue of titles offers a synthesis of cultural and structural politics. Writer Rick Moody described the house-style as a blend of ‘wit, charm and menace’. When Sylvere Lotringer started the press in 1974, it was largely credited with introducing French theory to a North American audience.

Additional to Kraus’ films, Performative Philosophy will present a selection of films from authors published by Semiotext(e), including Guy Debord, David Wojnarowicz, David Rattray, Sylvére Lotringer, Penny Arcade, Gary Indiana and Bernadette Corporation. The exhibition locates Kraus as the thread between these artists, writers and philosophers, who she has plaited together to give an account of a prolific history of ideas, images and language.

Performative Philosophy: The Films and Writings of Chris Kraus and Semiotext(e). Purchase via MUMA Shop.

Courtesy of the artist