Life inside an Image 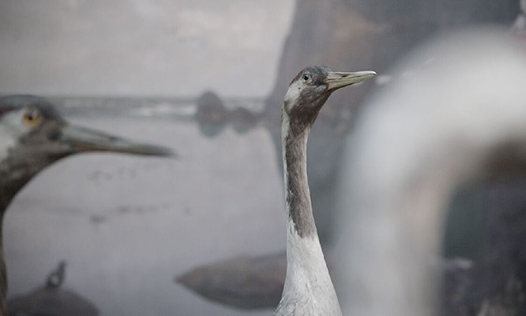 
Traditionally, museums function to preserve, frame and index the world. Like cameras, they attempt to arrest beings, objects and environments into conditions of  stasis.  In  so  doing,  museums  also  translate objects (whether artworks, ancient tools, mineral samples or taxidermy animals) into documents - official texts that evidence natural and cultural histories. They bear witness.

Life inside an Image considers the museum as an image-capturing technology, bound by its history and architecture but also subject to shifting cultural frameworks. Orbiting around Irish artist Gerard Byrne's newly commissioned work Jielemeguvvie guvvie sjisjneli (Film inside an Image)  2015-16,  this  exhibition  presents  a  selection  of recent moving-image works by contemporary Australian and international artists who have worked with collections to disrupt old, and unearth new, narratives.

Life inside an image. Purchase via MUMA Shop.

Presented by Monash University Museum of Art in association with the Melbourne Festival.

This project has received support from the Monash-Warwick Alliance.