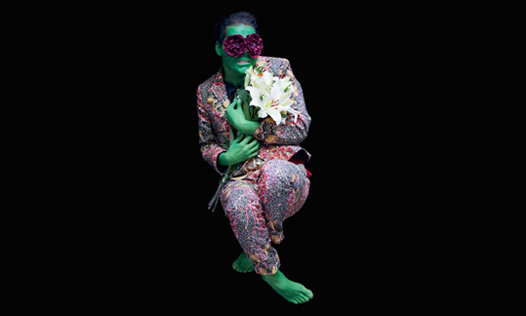 Christian Thompson: Ritual intimacy is the first survey exhibition of one of Australia's leading artists. Thompson, of the Bidjara people, works across photography, video, sculpture, performance and sound to explore notions of identity, race and Australia's colonial history. He made history himself as one of the first Aboriginal Australians to be accepted into Oxford University, where he completed his Doctorate of Philosophy (Fine Art) in 2016.

Ritual intimacy covers the breadth of Thompson's practice, both in the media he employs and in the works he has made for Australian and European contexts. It includes his best-known work in photography, where he has used his own image to present ideas about identity and the collision of cultures, along with his audio and video works that celebrate language and gesture through performance, sound and song.