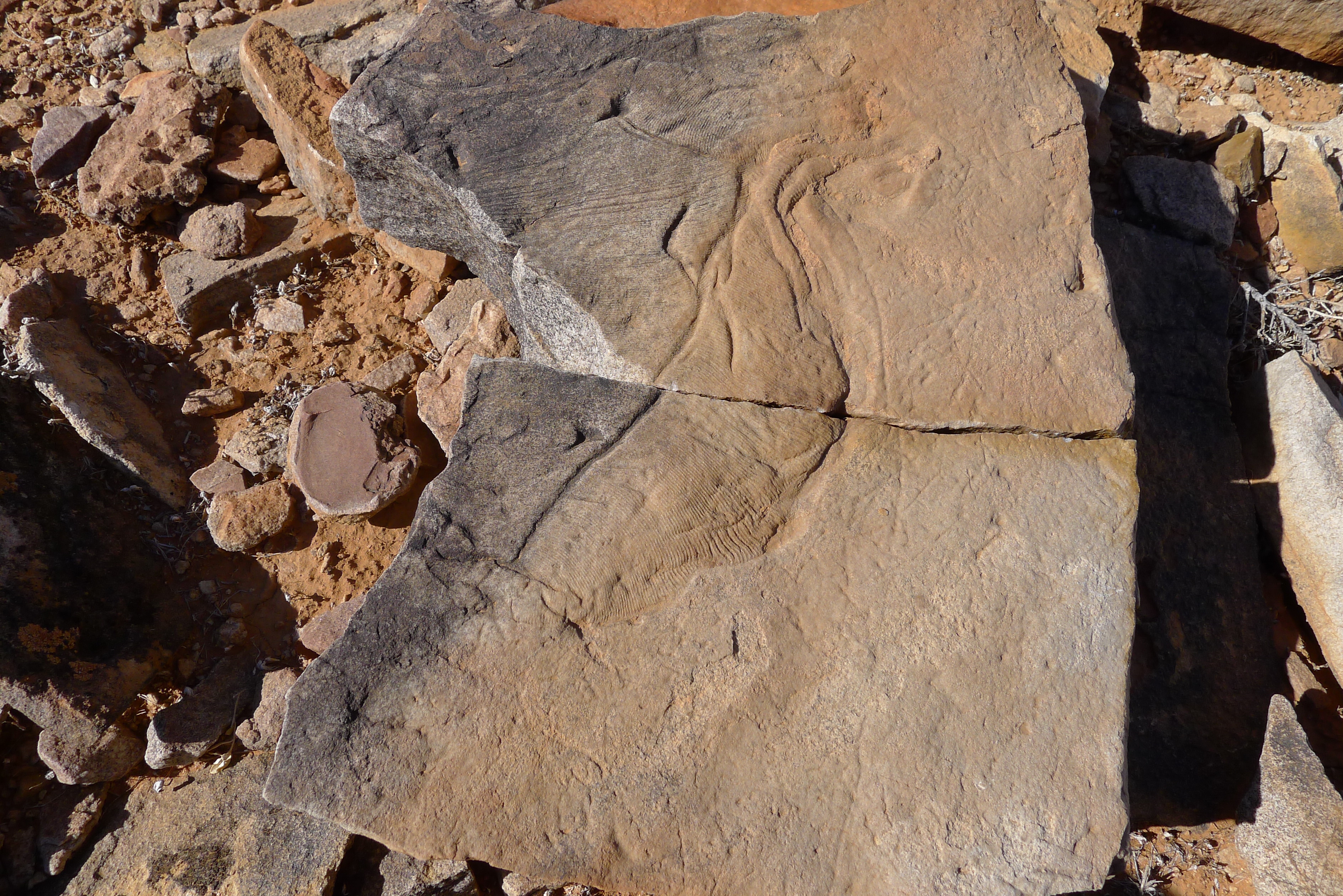 The first Australian exhibition of influential Mexico-born, Berlin-based artist Mariana Castillo Deball is the result of MUMA’s invitation to the artist to undertake a long-term project here.

Castillo Deball works across installation, sculpture, drawing, printmaking and publishing to explore histories of objects and ideas, and their shifting meanings over time. Often drawing on the tools and methods of Western sciences including anthropology, archaeology and more recently palaeontology, her artworks reconfigure historical and cultural material in ways that show the world to us anew.

For her project at MUMA, Castillo Deball has focused on the Ediacara Hills, an area north of Adelaide in the western part of the Flinders Ranges. It was in these hills that Reginald Sprigg (1919–1994), a geologist, first made his discovery in 1946 of a group of fossils of such significance that a new geological age—the Ediacaran Period (between 635 and 542 million years ago)—was named for the site. The multi-cellular organisms of the Ediacaran Period, directly preceding the Cambrian, inhabited seafloors prior to the emergence of animals with skeletons and shells.

In 2018, Castillo Deball undertook a site visit to the Ediacara Hills with staff of the South Australian Museum who have significant holdings of the fossils in their collection and take annual site visits to the site for research and training. Replaying Life’s Tape, the artist’s new project at MUMA, has grown out of this fieldwork. Weaving through all the gallery spaces at MUMA, the exhibition explores the South Australian site, its fossil record, and current scientific debate about the place of Ediacaran organisms on the evolutionary ‘tree of life’. Comprising an immersive textile diorama, diagrammatic representations of scientific thought, a series of linocut-silicon prints and several fossils and fossil casts on loan from Museums Victoria, Replaying Life’s Tape marries both artistic and scientific methods in an intricate telling of a multifaceted chapter in evolutionary history.

This exhibition has been supported by the Institut für Auslandsbeziehungen