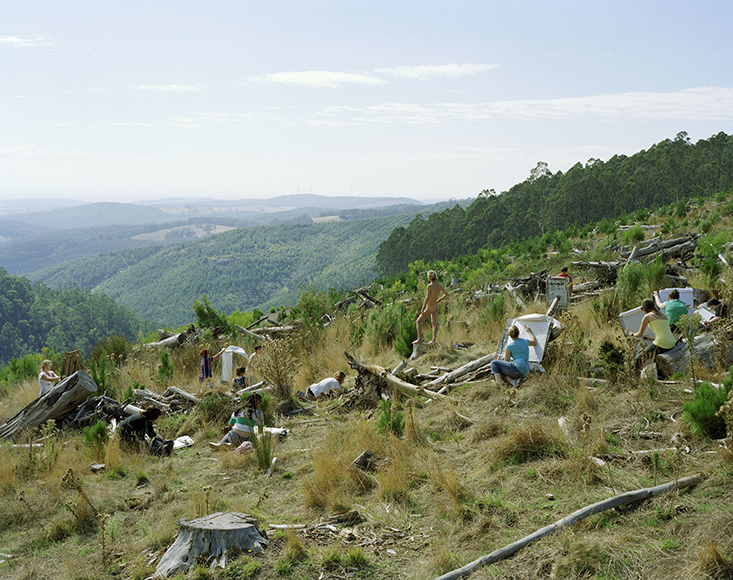 With an eye to the romantic sublime and another on the burgeoning urban sprawl, Siri Hayes’ photographic landscapes are at once lyrical and down-at-heel. Drawing on a wide range of influences, from the paintings of Nicolas Poussin to Jeff Wall’s photographic tableaux, her theatrical, expansive compositions explore our social and cultural relationship to land and locality.

Siri Hayes: Landscapes features a new body of work developed during a week-long residency at Monash University’s Gippsland Centre for Art and Design in April 2008, as well as a selection of existing photographs taken at Merri Creek in inner-suburban Melbourne, Wilson’s Promontory and Phillip Island on the Victorian coast. Moving from the city to the rural hinterland and the coast, Hayes reflects on contemporary and historical engagements with the land and its representations, observing our insignificance within its expanse as keenly as our urge to manipulate, inhabit and delight in it.

Siri Hayes was born in Mornington, Victoria, in 1977 and lives and works in Melbourne. She graduated with a Bachelor of Fine Art in 1998 and a Graduate Diploma of Visual Arts in 2001, both from the Victorian College of the Arts, Melbourne.