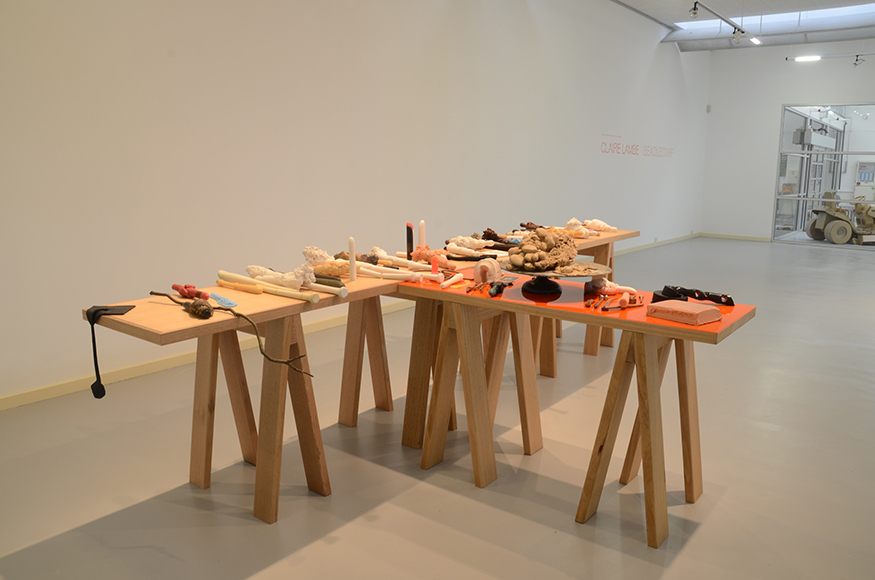 Beadlestaff takes its form from one 'family' of sculptural elements in Lambe's installation Ultra Primo, first shown at Ocular Lab, Melbourne in 2009. This work presents an intriguing, assertive and materially playful array of phallic objects, displayed upon three trestle tables. Lambe draws from a rich body of personal and cultural references, as well as the tactile process of making itself. Her practice balances an intelligent appreciation of the world in which we live (love and struggle against each other) with a curiosity toward cultural, social and medical histories and the natural world.

Claire Lambe was born in Macclesfield, United Kingdom in 1962, she lives and works in Melbourne. Lambe received her Master of Fine Arts at Goldsmiths, London in 1995, undertook a postgraduate year at the University of New South Wales, Sydney in 1990 and completed her Bachelor of Fine Arts at Bristol College of Art, Bristol, United Kingdom in 1985. In 2010 Lambe established the artist-run space Death Be Kind with Elvis Richardson in Brunswick, Melbourne, together they created the exhibition The Memorial. Lambe’s other solo exhibitions include: Ultra Primo, Ocular Lab, Melbourne, 2009; The Fitting, Ocular Lab, Melbourne, 2004; Giving shape to memory, Acme Studios Deptford, London, 1995 and H.I.D.E