Robert Smithson: Time Crystals is the first exhibition in Australia dedicated to the work of American artist Robert Smithson (1938-73). Best known for his radical land art of the 1960s and early 1970s, Smithson is now widely recognised as one of the most influential artists of the twentieth century. Inspired by ideas of crystalline geometry and non-biological time, he redefined abstraction and challenged art history, declaring that ‘Nature gives way to the incalculable cycles of non duration.’

Featuring new research on the artist’s practice, Time Crystals presents sculpture, photography, film, drawings and texts borrowed from major Australian and international collections. It also includes the most extensive display of Smithson’s manuscript and archival material to date drawn from the Robert Smithson and Nancy Holt Papers at the Smithsonian Institution’s Archives of American Art. 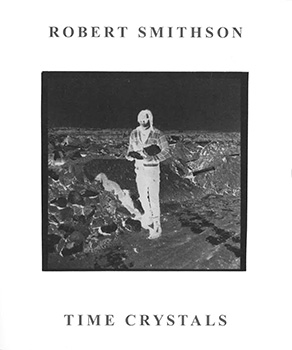