2021 marks sixty years since students first came to study at Monash University. It also marks the sixtieth anniversary of the Monash University Collection, one of Australia’s most important collections of post-1960s Australian contemporary art.

Monash University Museum of Art | MUMA is celebrating this milestone with pop-up exhibitions across Monash’s campuses and social media posts spotlighting works from the Collection.

At the Science Gallery, we focus on the legacy of Professor Alan John (Jock) Marshall (1911–1967), Foundation Chair of Zoology and Comparative Physiology 1960–67 and Dean of Science 1961–62. Marshall’s advocacy led to the decision to establish a collection of contemporary art at Monash, among his other contributions—including the native plantings that have become the hallmark of the campus and the University motto ‘Ancora Imparo’ (I am still learning).

The ‘one armed warrior’ (as his wife Jane Marshall referred to him in the title of her 1998 book) was well known for his forthright manner, passionate commitment to the environment and conservation, and the generosity he showed to students and young researchers. Two pen and ink sketches of Marshall by artist Louis Kahan capture his intensity, will and determination, as well as his kindliness and intelligence.

The Collection includes several works made by the artist Clifton Pugh (1924–1990), a close friend of Marshall’s who served with him in the Second World War. Pugh’s Two Foxes and Dingo and Drought, both made in 1961, are two of the earliest works to come into the Collection. Marshall later commissioned Pugh to create the mural Adaptive Radiation, 1964, which is on permanent display on level two of Biology.

Marshall was also close to the artist Russell Drysdale (1912–1981), joining him and a group of scientists on a trip around Australia in 1958 (visiting all states except Tasmania) that led to the publication of Marshall’s 1962 book, Journey among Men. Illustrated by Drysdale and filled with larrikinism and the ‘tang of pub and outback campfire’, the book is very much of its time. Drysdale’s small study and set of etchings depicting outback scenes record some of the flavour of those travels.

Also included in this exhibition are two paintings on bark using natural earth pigments and ochres by artists Birrikitji Gumana (c.1890–1982) and Nanyin Maymuru (c.1914–1969). These works were made in the 1960s at the then Yirrkala mission in eastern Arnhem Land, not far from the northernmost point reached by Marshall’s expedition, Katherine in the Northern Territory. Community leaders and advocates for Indigenous rights, both artists contributed to the famous Yirrkala Church Panels, 1962–63, a strong assertion of the value of Yolŋu culture and connection to Country.

After Marshall’s death in 1967, a group of his friends commissioned the welded ‘found object’ iron sculpture, Five Bats, 1968–69, made by Pugh as a tribute to Marshall’s life and work. 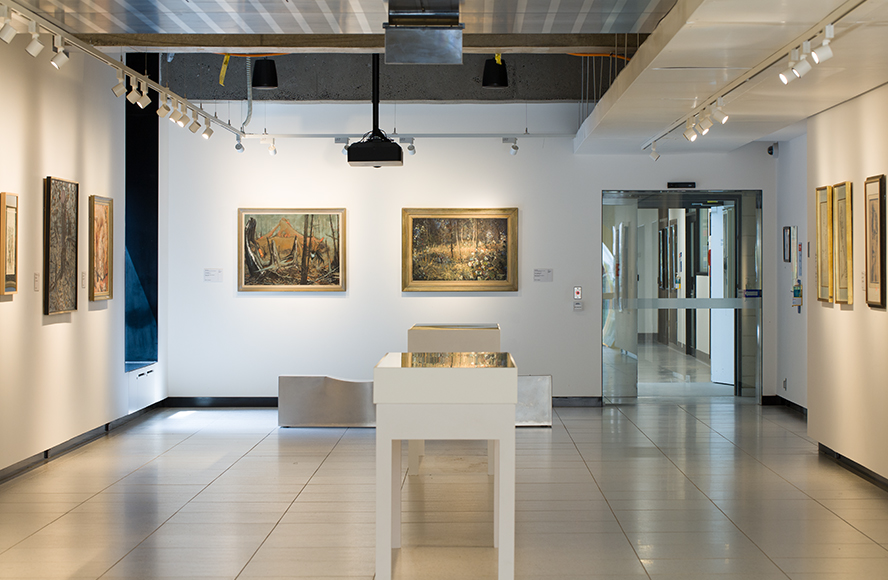 This exhibition is part of a series of pop-up exhibitions which celebrate the sixtieth anniversary of the Monash University Collection.