Vivienne Binns: On and through the Surface

Vivienne Binns is an important and singular figure in the history of Australian visual art, regarded for her groundbreaking and experimental work. Since the beginnings of her career, she has tested the philosophical underpinnings of art itself, both pre-empting and participating in the most significant cultural discourses of our times: from women’s social and sexual liberation to Australia’s regional identity. Her outstanding, multifaceted and sustained contribution to Australian art was recognised in 2021 with an Australia Council Award for Visual Arts.

Curated by Hannah Mathews (Senior Curator, MUMA) and Anneke Jaspers (Senior Curator, Collections, Museum of Contemporary Art Australia), this major survey exhibition brings together over one hundred art works drawn from six decades of the artist’s practice. Opening with Binns’s infamous 1967 exhibition at Sydney’s Watters Gallery, the survey traces the collaborative and community projects that spanned two decades of her early career and reveals a sustained painting practice that continues to explore the canvas as a surface on and through which to consider the intersecting complexities of process, patterning, relationships and time.

The exhibition is accompanied by the first monograph published on Vivienne Binns. Co-published by MUMA, MCA and the Power Institute’s Powered by Power imprint, this major publication is designed by the award-winning Melbourne team Stuart Geddes and Žiga Testen and brings together new scholarship on Binns’s practice alongside a 2021 interview, plates section, extended biography and a scaled illustrated list of works.

Vivienne Binns: On and through the Surface 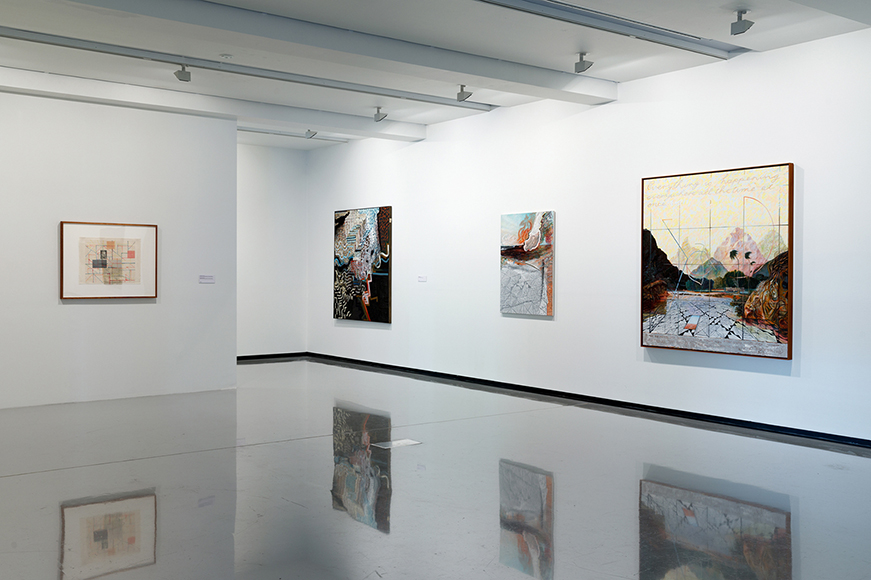 On the occasion of her exhibition, On and through the Surface, Vivienne Binns speaks about art, what it means to be an artist, and her work currently on show at MUMA.

This is a PG version suitable for use as an educational resource for schools.