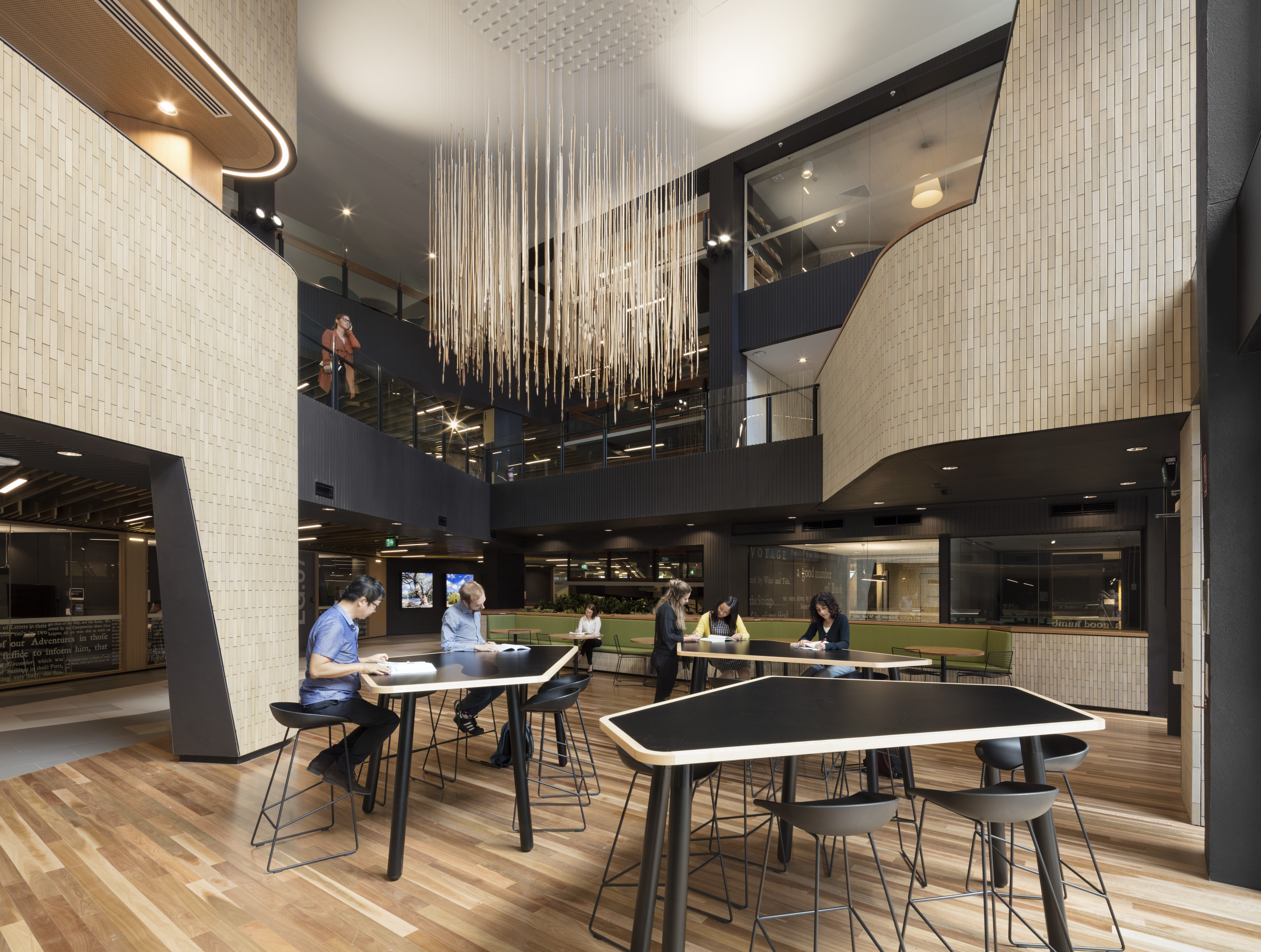 Kulata Tjuta was made by a group of senior men working with young men from the Tjala Arts Centre in the community of Amata in South Australia. The senior artists invited younger artists from the Anangu Pitjantjatjara Yankunytjatjara Lands to assist on the project with the deliberate aim  to pass spear-making skills on to a younger generation.

Kulata Tjuta translates to ‘many spears’. Displayed in the Matheson Library, the work itself comprises 277 hand-carved spears that are suspended from the ceiling where viewers can stand under the tips of the spears and feel the full weight of their power.

This work is part of an ongoing series of major contemporary art installations by the artists of the Tjala Arts Centre that are rooted in age-old traditions, knowledge and skills, and designed around keeping country and culture strong by teaching young men the skills of carving punu (wood) and kulata (spear) production. Willy Kaika Burton has said of the project: